At the end of June, 2015, I was lucky enough to capture the beautiful and magical moment when this huge field of pale pink opium poppies (Papaver somniferum) came to life in Dorset, just as the sun appeared over the horizon. For a short while their delicate petals seemed to almost be glowing, but just as suddenly the light flattened and the moment was gone.

These photos of the opium poppies are all that remain, but as I look at them I’m back there in Dorset. Just me, my camera and a huge field of pale pink poppies in the very early morning sun. Beautiful. Field of opium poppies in Dorset at sunrise, June 2015 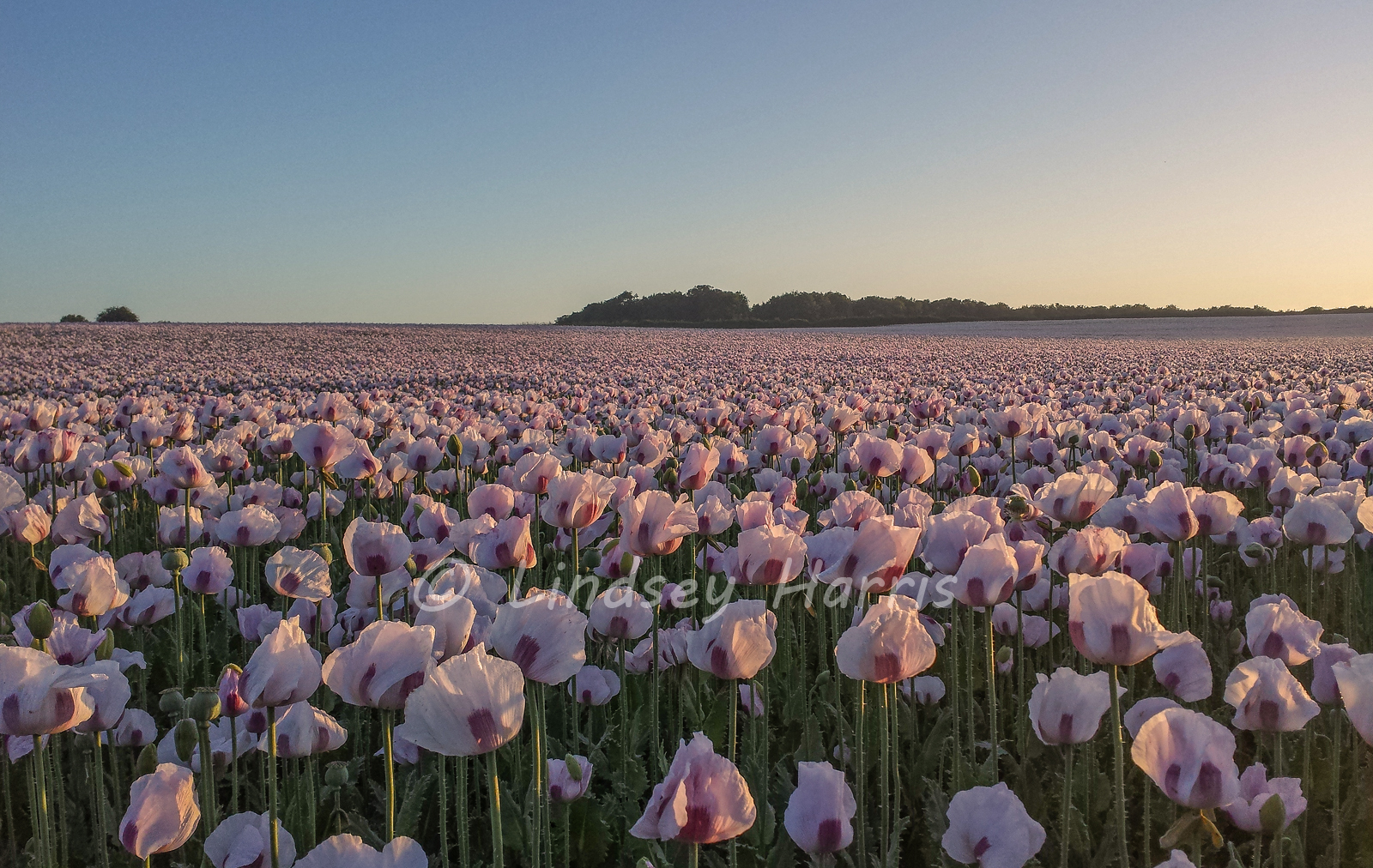 The poppies bask in the early morning sunshine 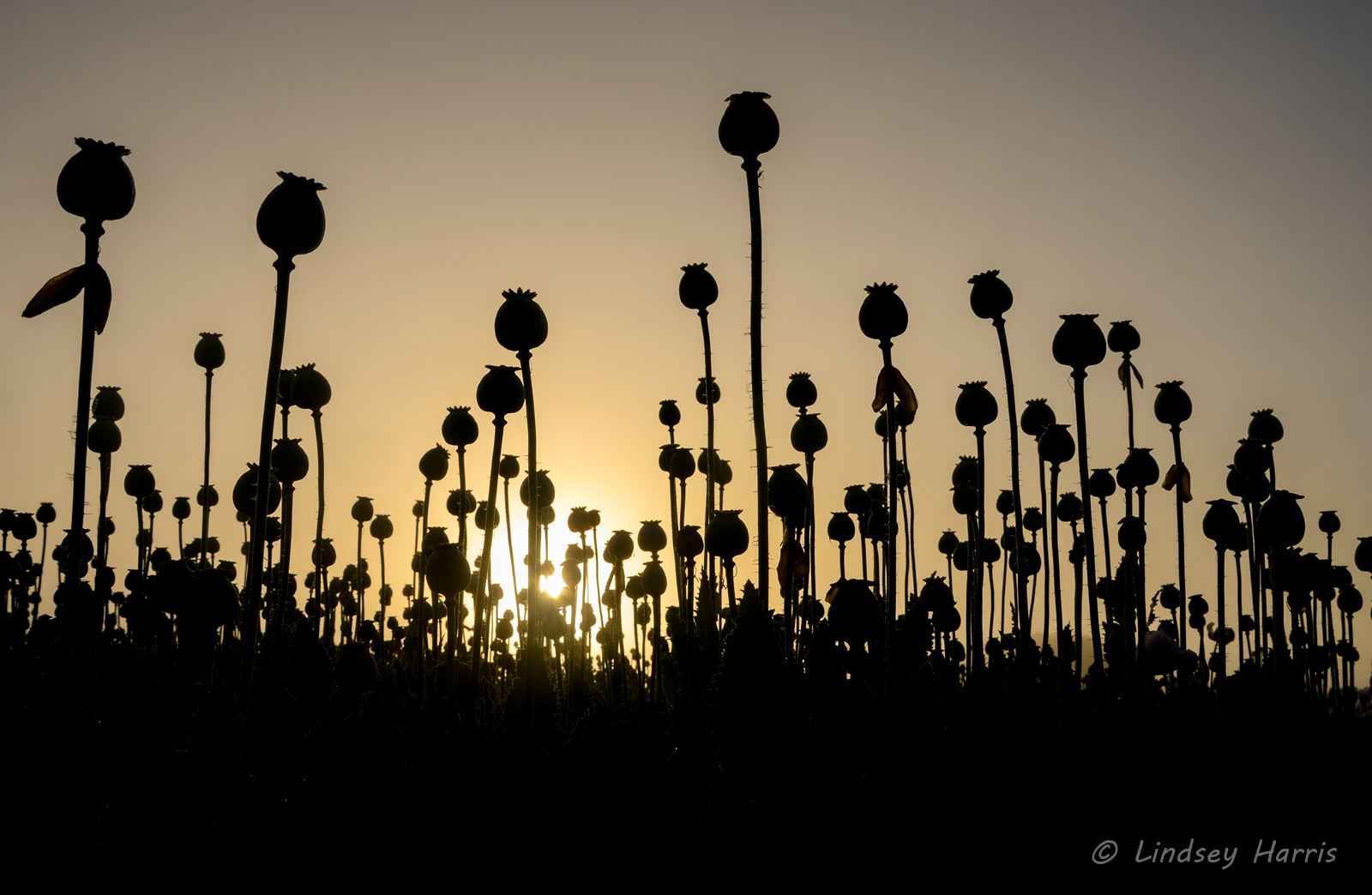 Last of the poppies, just a few days after I took the photos above. Wind and rain had destroyed the delicate petals.