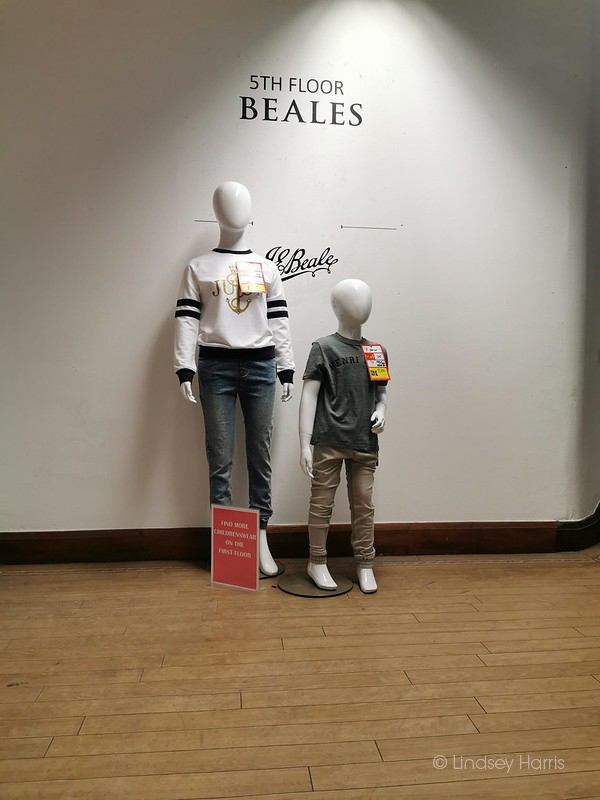 Today I went to have a look at Bournemouth town centre. My sole reason for going was because of the impact of coronavirus – to see how deserted it might be, not to go shopping. I also wanted to say ‘goodbye’ to department store chain Beales, who are closing down after 139 years of trading.

This was a very sad day for the town and, of course, for the staff of Beales in particular. In fact, the coronavirus outbreak had caused all branches of Beales in the UK to close two weeks earlier than planned.

Although there were a few people wandering around, by and large the shops were empty, especially MacDonalds, Burger King and Wimpy. Also most of the coffee shops. I’ve never seen fast food shops so deserted, so it seems that most people, at least, are taking notice of government advice and staying away from other people.

Just as I was about to leave Bournemouth I chanced upon a gentleman carrying a big artist’s easel – quite a sturdy contraption it was too. I said to him that it looked like a bargain and asked him where he’d got it from. “Beales, £5.”

Now I’m an arty sort of person and I like easels… yes I do! Even though I already have an easel, this was quite a good one and so I thought I’d chance it by actually going inside Beales, rather than taking photos of the outside.

Down in the basement of the shop there were bargains galore, but quite a few people browsing the sale goods. Keeping my distance from other people as much as I could I soon saw there were no easels, but spotted some mannequins in a corner of the store, which were all for sale. Amongst them was an impressive pair of man’s legs and partial torso, on offer for just a fiver. Now here was something I couldn’t resist!

Funnily enough, the legs quickly turned out to be an unexpected and very useful foe in the fight against coronavirus! As I was queuing to pay a man arrived in the queue behind and stood quite close, ignoring the well-publicised to advice to keep 2m away from other people. I contemplated asking him to stand back, but turned to look at him instead, hoping he’d take the hint. He didn’t, and he didn’t look like the kind of person who would take any notice if I asked him to move – would probably just shrug his shoulders and laugh.

Tucking the dummy under my arm I ‘accidentally’ hit the man on the shins with my mannequin’s legs and feet, meaning he had to step back a bit. Clearly, walking around with a pair of plastic legs under your arm is a good way to protect oneself. 😉 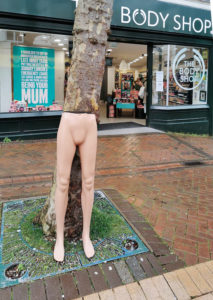 My mannequin legs outside The Body Shop, Bournemouth

With the mannequin still tucked under my arm I left the shop as soon as I could, eager to get away from all the people who, by then, were crowded together at the payment desk. The funny thing was, they were probably all over 70-years old – the very group of people who it’s been suggested should stay at home to protect themselves.

Leaving Beales I stopped to talk to a security guard outside another shop; I’d noticed he was chuckling at the sight of me carrying the legs. Standing 2m apart (of course), we had a brief chat about the effects of coronavirus on Bournemouth shopping and then moved on to discuss the benefits of my newly-acquired legs. I told him that most people stared but didn’t smile when they saw me carrying them, mentioning that it had surprised me a bit. Okay, well, perhaps there isn’t much to laugh about at the moment, so forgive me for thinking otherwise.

Carrying on, I stopped outside a shop I’d noticed and put my new purchase down to take a photo. I’m pretty sure the legs were as excited as me to find somewhere that sells bodies. 🙂

Walking on through a rainy Bournemouth to my car, I continued to count the number of people who smiled at my legs, which was six in total. Not bad for a coronavirus deserted, rain-soaked, Thursday I suppose.

Photos of a deserted Bournemouth town taken on 19th March 2020. 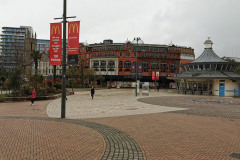 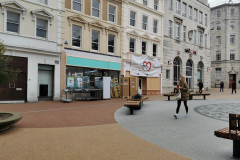 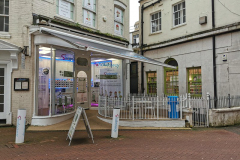 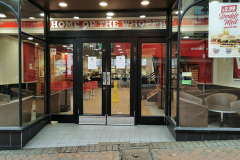 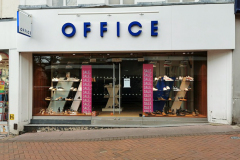 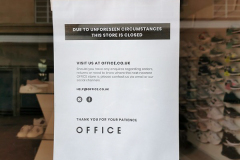 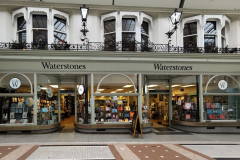 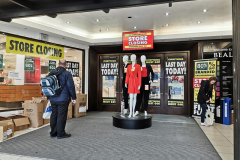 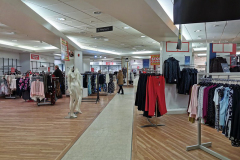 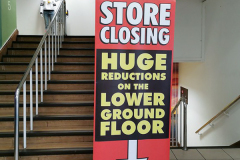 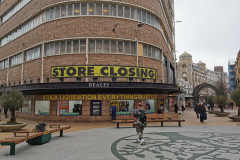 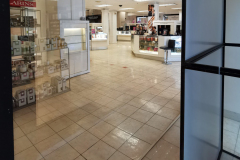 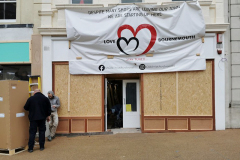 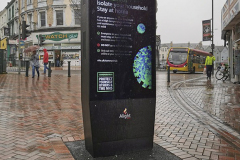 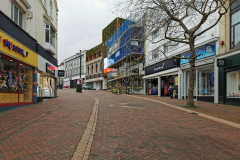