Following on from my post of 19th July, this afternoon, at about 5pm, the last of the travellers left Whitecliff Recreation Ground for pastures new. “Up north”, they said.

The man from Poole Council turned up to unlock the gate by the public lavatories, to let them out. He commented to them that the small amount of litter that was around would only take about twenty minutes to pick up (this was because it was so windy that a few small bits of litter, whether theirs or not, was blowing around).

The gypsies pointed out their rubbish in bags in and next to a bin by the water and he said the Council would pick it up tomorrow (Tuesday). Some friendly banter ensued between the Council man and the travellers and then they were on their way.

After they left, the Council man told me that they knew it wasn’t the gypsies that had trashed the men’s lavatories; also said, “If all travellers were like this lot, leaving the ground in this condition, then people wouldn’t mind as much.” As he said, there are good and bad travellers and he was clearly impressed (and relieved) at the way they’d left Whitecliff – pretty clean and tidy.

Here is the evidence…. 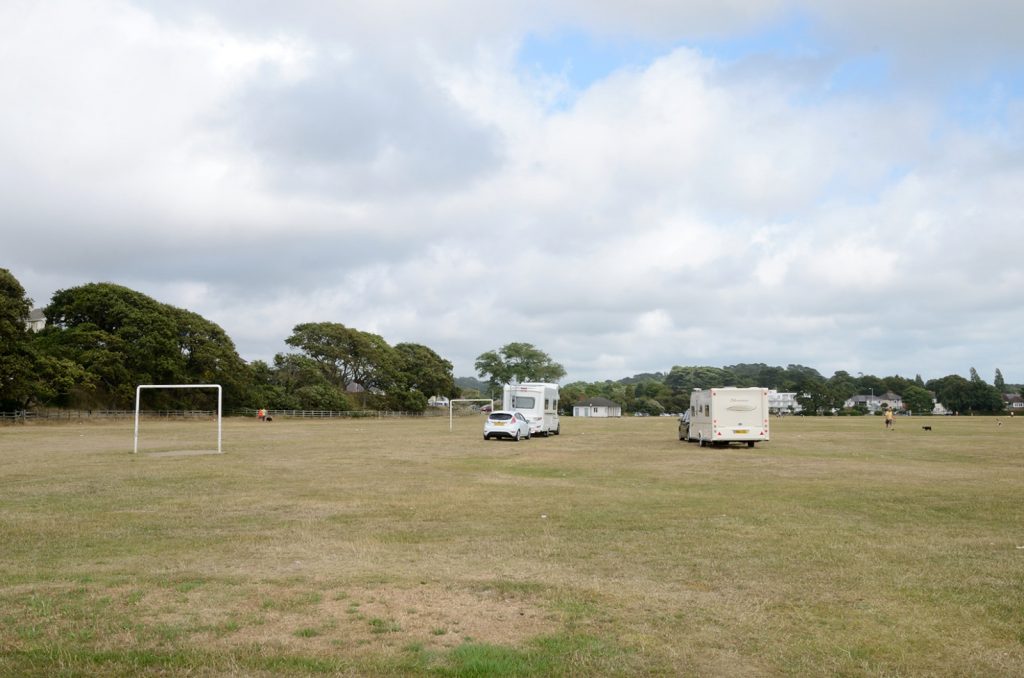 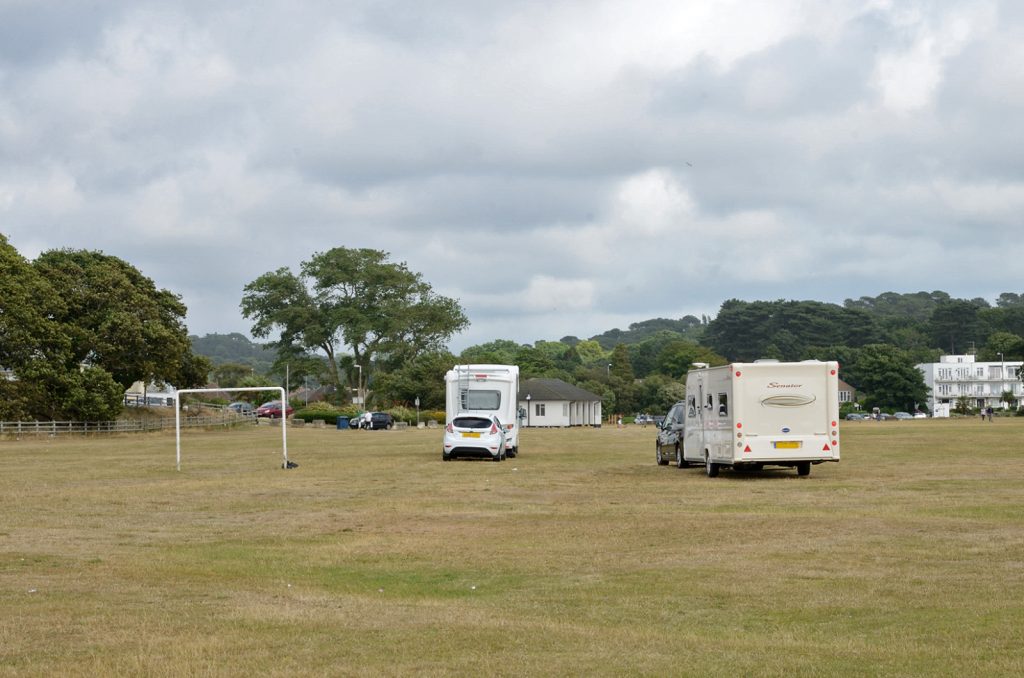 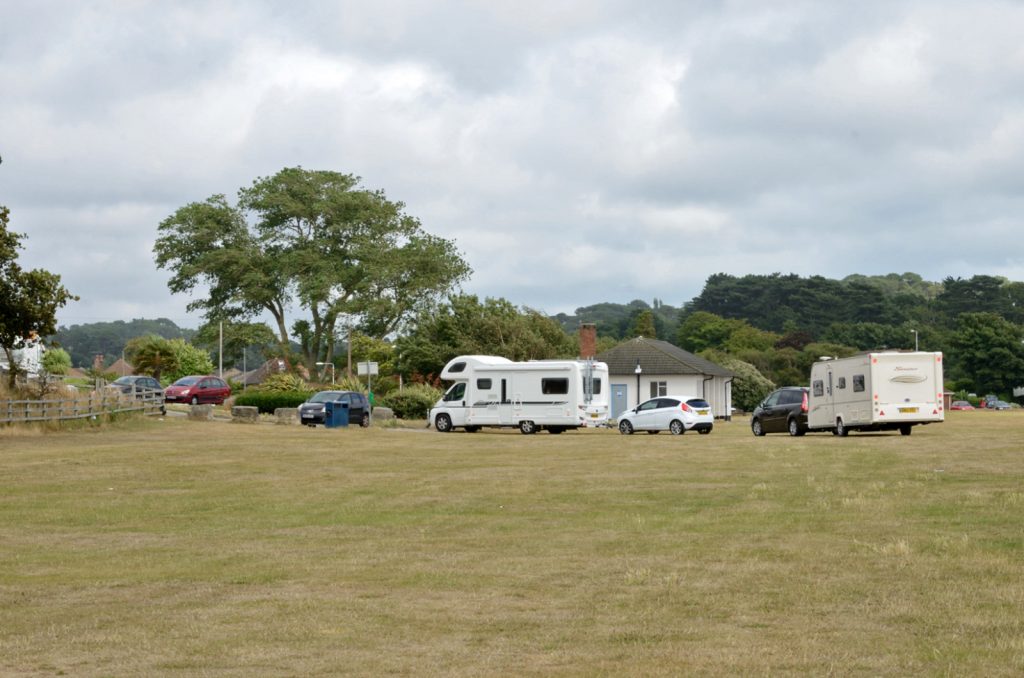 The travellers about to turn out onto the road at Whitecliff Recreation Ground, Poole, Dorset. 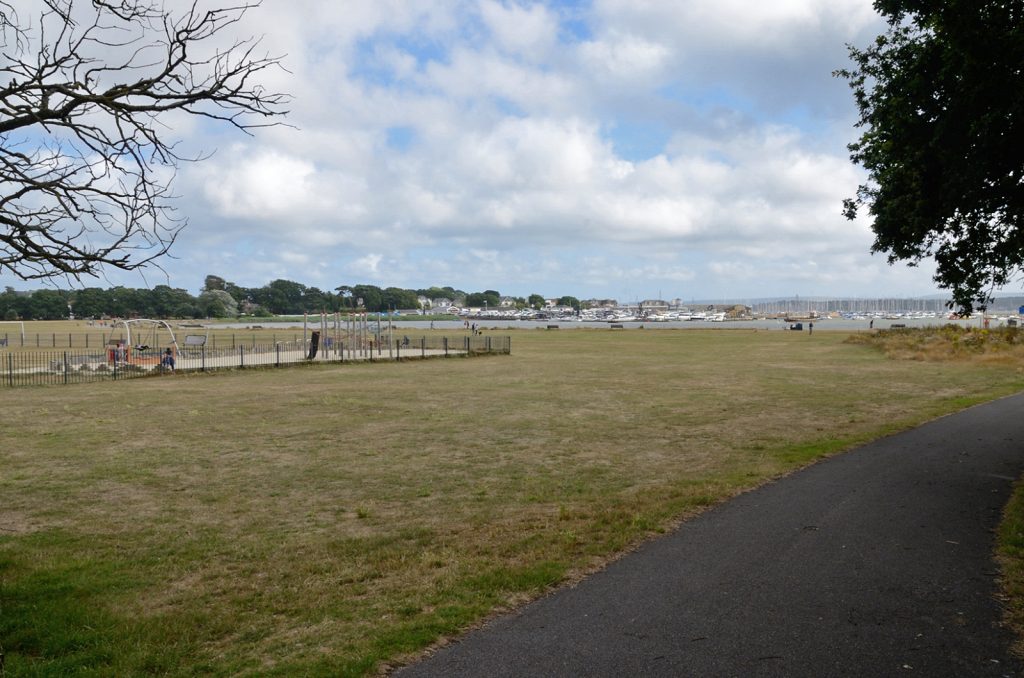 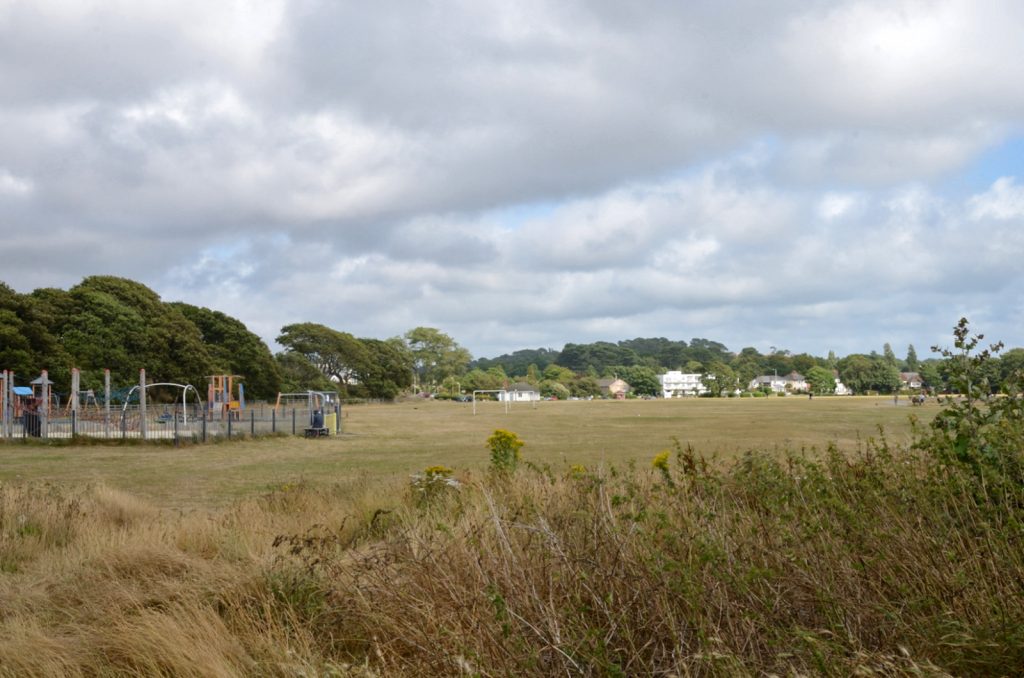 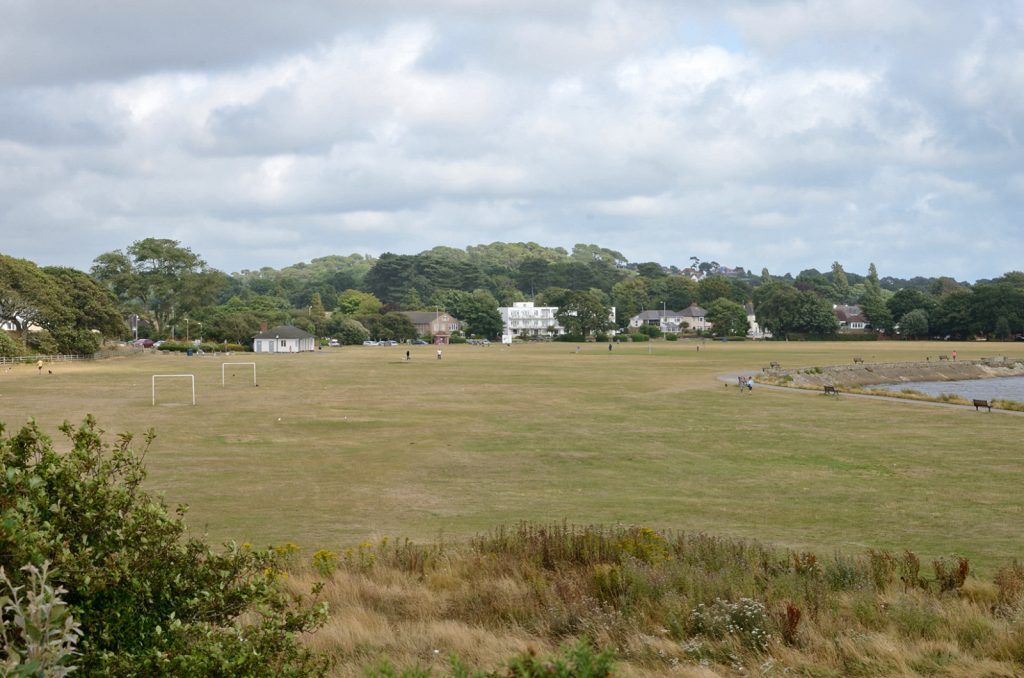 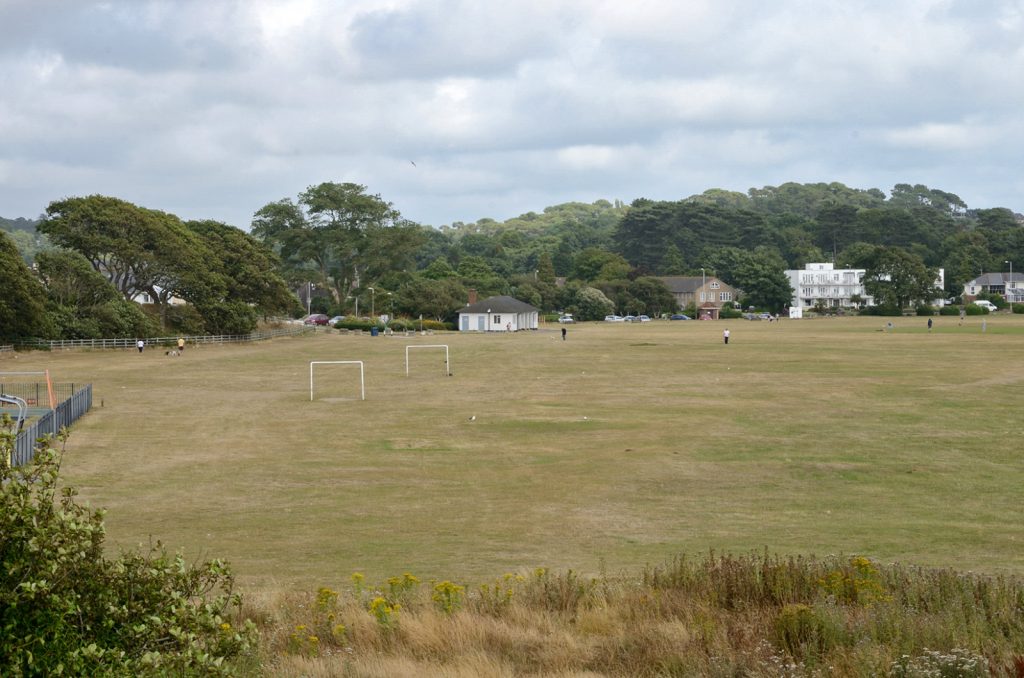 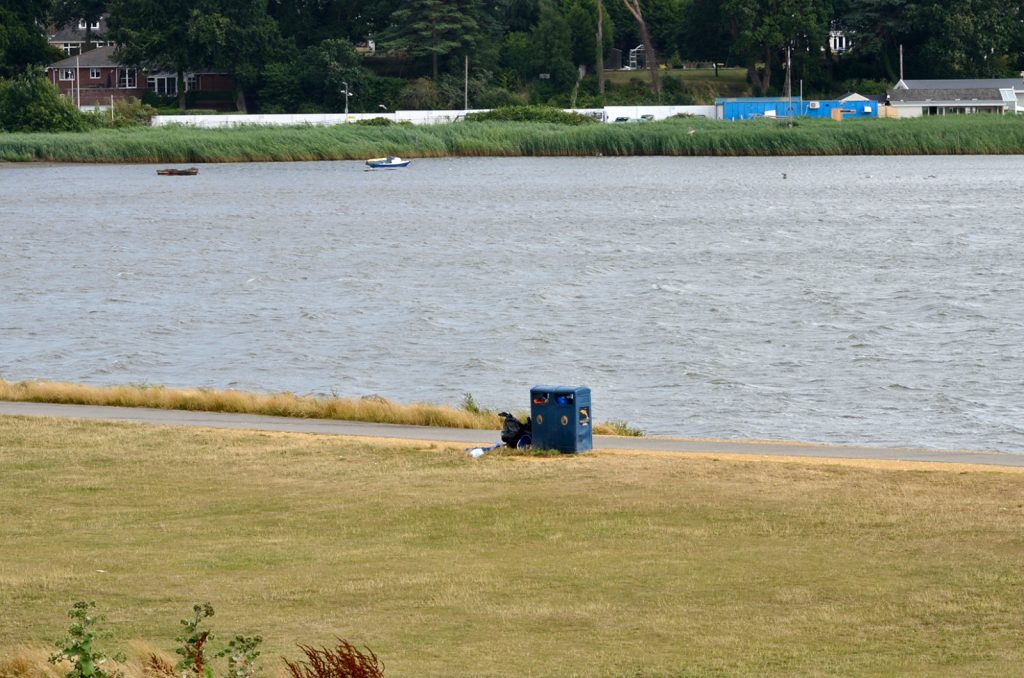 The Whitecliff travellers leave their litter in and next to the litter bin, to
be picked up by Poole Council. 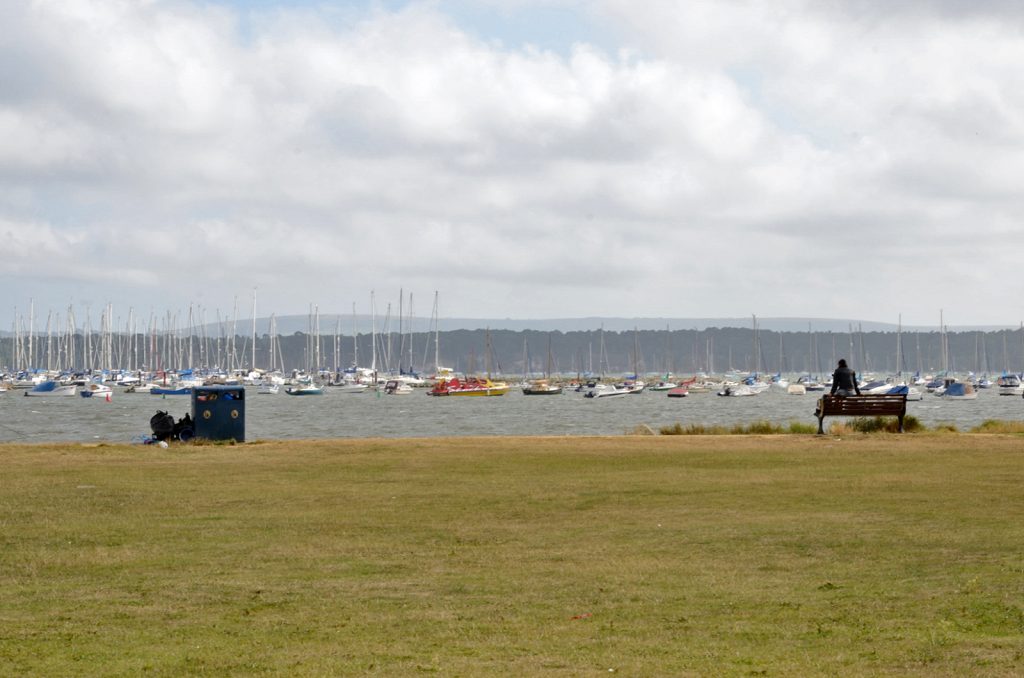 October 2018: I am still in touch with travellers Tom and James.