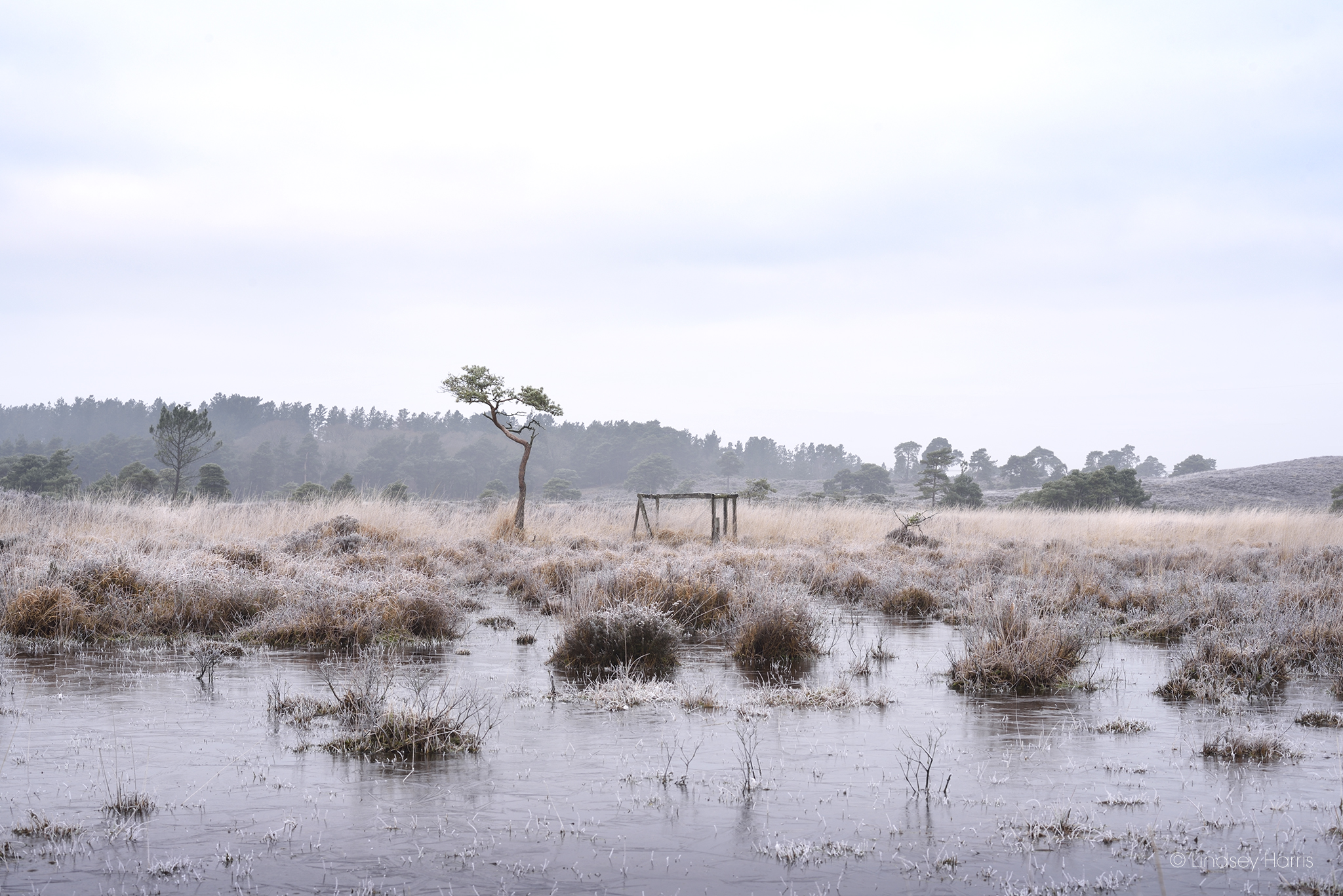 At Morden Bog National Nature Reserve (NNR), near Wareham, there is a large, fairly inaccessible lake. Probably designed to attract waterfowl into the area, this is Old Decoy Pond.

The Drax family, of Charborough Estate, own the land and still retain shooting rights. Now managed by English Nature, this internationally rare valley mire habitat is one of the largest of its type in the UK. It is also of international importance and thus has the highest level of protection.

The area has an outstanding selection of insects, including bog bush-cricket and several species of dragonfly and damselfly. It supports many rare plants, such as marsh clubmoss and brown beaked sedge. It’s reported to also be home to some of the oldest heather plants in Dorset.

What is a decoy pond?

A decoy pond is an artificially created or modified section of water, with a type of trap where wildfowl are lured and their necks wrung for food and feathers by a decoy man.

Despite its name, Old Decoy Pond is not a true decoy pond as it is irregularly shaped and without ‘pipes’. These are not pipes in the true sense of the word, but curved ditches arranged symmetrically and covered in netting. The unfortunate wildfowl would then be lured down the pipes towards their fate.

Around the outside of Old Decoy Pond are the photogenic remains of wooden bird hides, in various states of dilapidation. These are where shooters would have hidden from their prey.

Each hide originally had a number on it, but most of the numbers have now fallen off and disappeared into the mire. I originally thought there were 10 hides in total, but have since realised there are 13.

Surrounded by large stretches of overgrown and undulating marshland, several of these old hides are now inaccessible. Four of them are completely surrounded by huge swathes of what I believe are clumps of purple moor-grass (Molinia caerulea). Between the grass mounds lurk concealed channels of water, some quite deep; it’s certainly treacherous terrain for humans.

Stray off the paths into the mire anywhere on Morden Heath and you can easily slip on the uneven and boggy ground. If you don’t hurt yourself you may well lose a shoe, and/or get a good soaking from the fetid water. Of course, this area isn’t called Morden Bog for nothing!

Given the hides’ current state it must be quite some years since anyone actually used them for shooting. Each used to have a corrugated iron roof, a seat and a wire and netting covering, but most are now barely recognisable as being a bird hide at all.

Below are photos of some of the bird hides and the areas around Old Decoy Pond. These were taken over several visits, and in a variety of weather conditions.

» Click on any of the photos to see a larger version and a description.