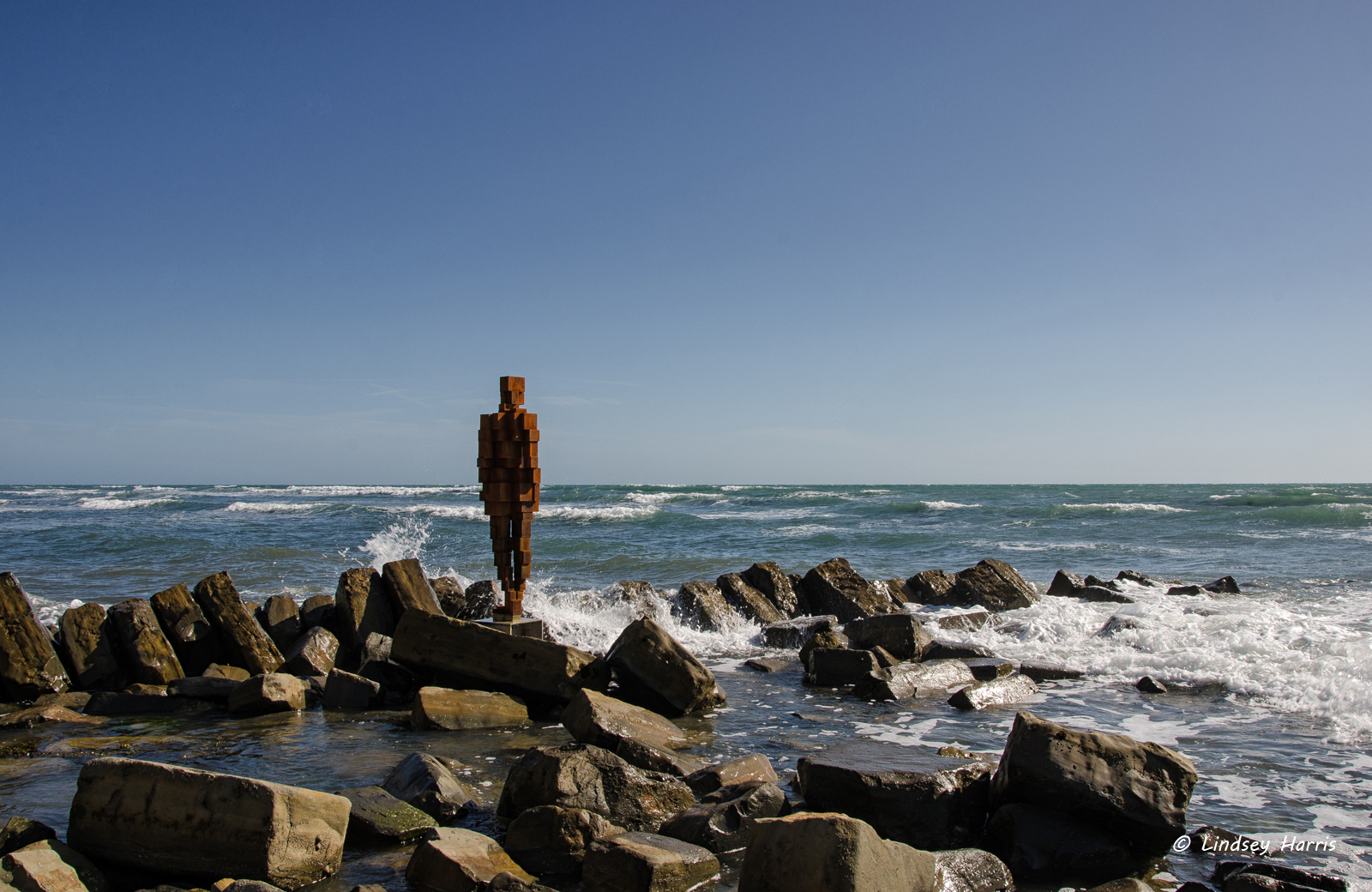 Antony Gormley’s ‘Land’ Sculpture, when it was at Kimmeridge, Dorset. 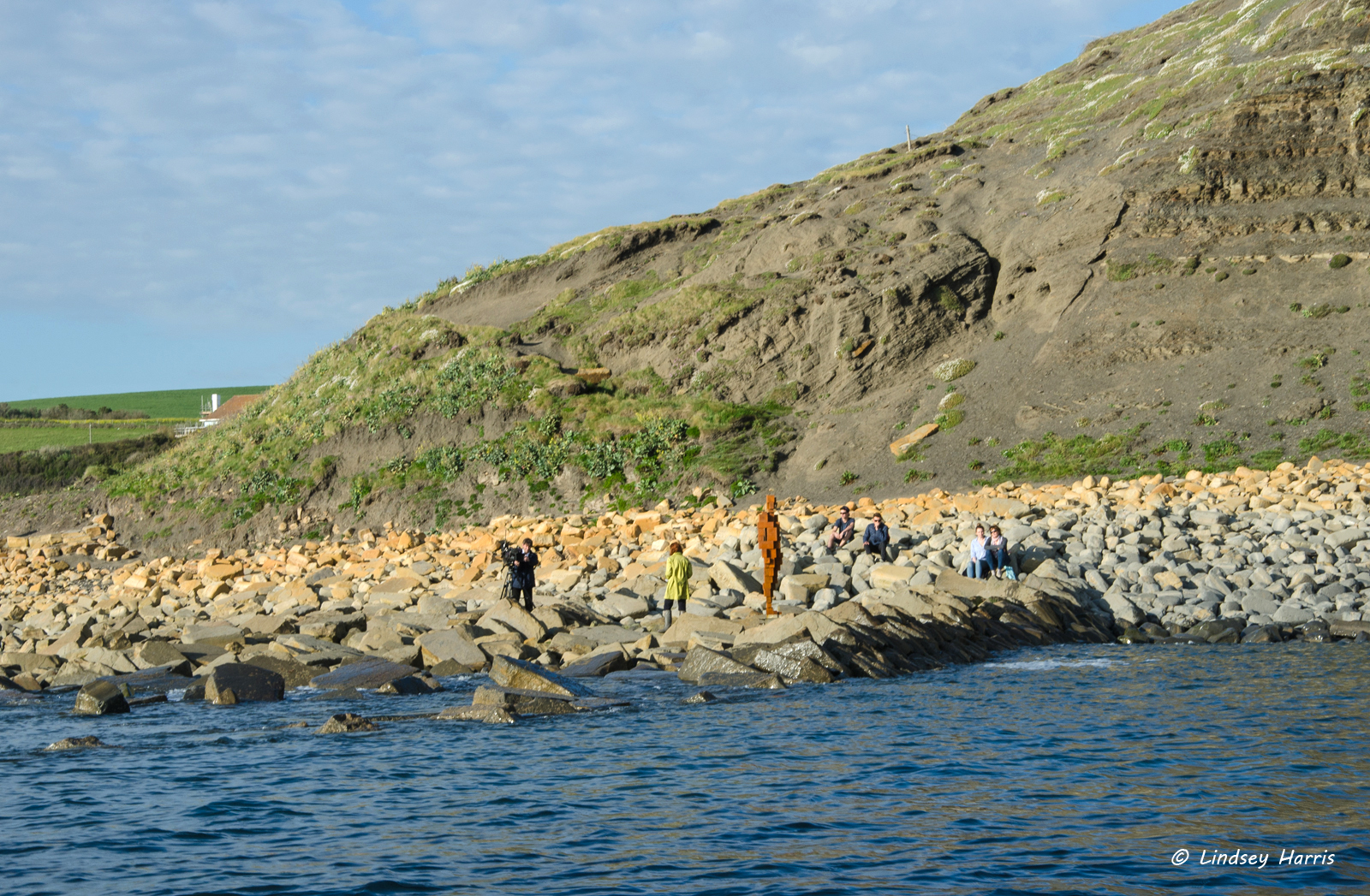 Sir Antony Gormley’s ‘Land’ statue as seen from the sea.
Filming for the BBC’s South Today news programme is taking place in the background. 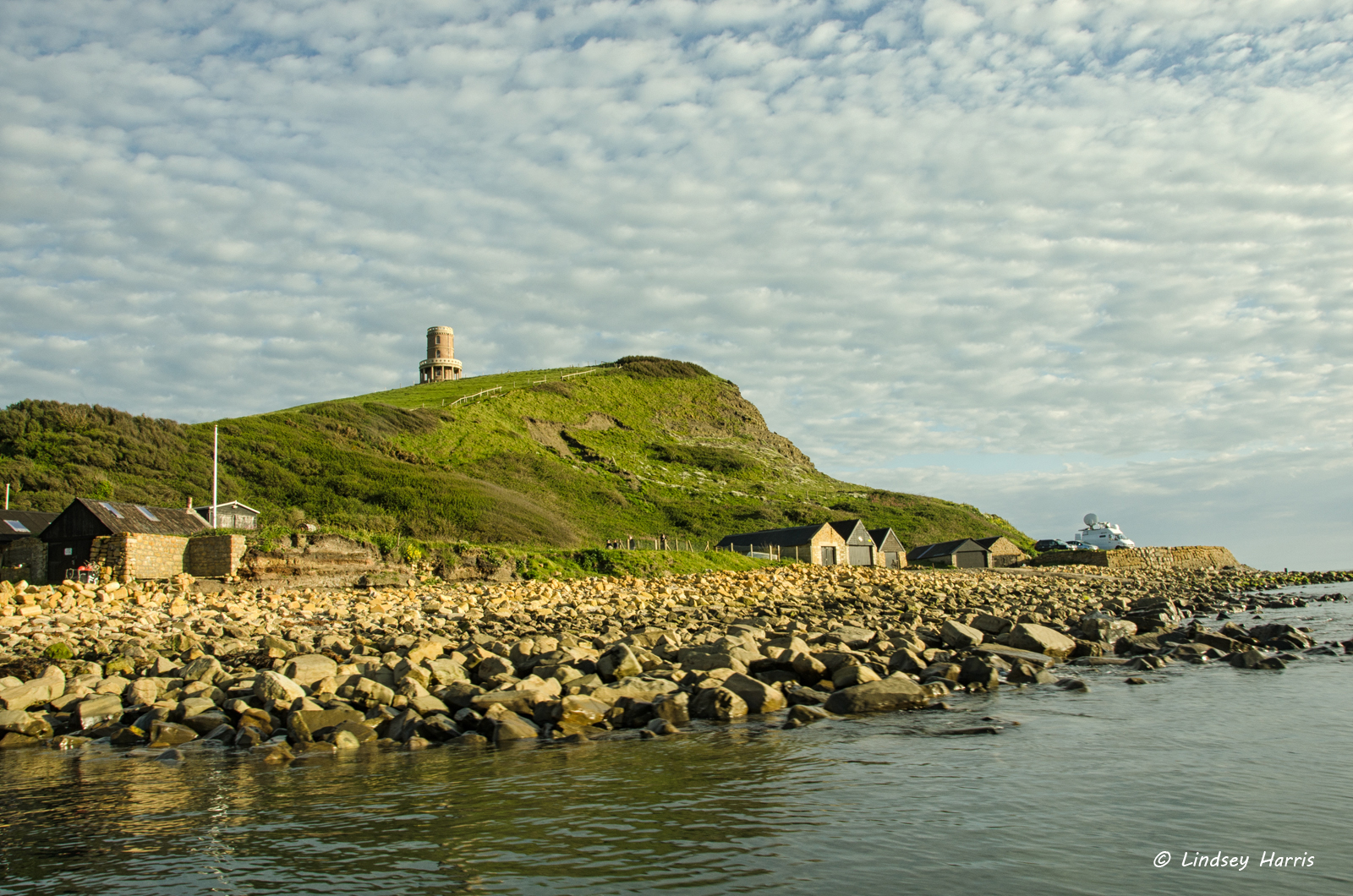 The installation is one of five in the ‘Land’ series, which have been placed at specially selected Landmark Trust sites around the country. Each figure has been designed to compliment its surroundings.

The waterside locations of the five statues are:-

The sculptures were designed to celebrate the 50th anniversary of the Landmark Trust and will remain in place for one year, until May 2016.

Landmark Trust ‘Golden Weekend’ celebrations will take place at each location on the weekend of 16th and 17th May 2015.

One of my photos (not shown here) was used by Sir Antony Gormley and The Landmark Trust in their promotional material.

End of the Road for the Gormley Statue

The Gormley statue succumbed to the elements in September 2015, when it was blown over. It was re-instated but on 24th December 2015, the statue was cut off at the ankles in stormy weather. The Landmark Trust say it is likely to be the “end of the road” for the artwork.