Today I went to Blandford Forum, Dorset, to watch the WW1 Homecoming Parade, which marks 100 years since the end of WW1. It also officially started the celebrations for the 50th anniversary of the Great Dorset Steam Fair (23-27 August 2018).

The Parade comprised a convoy of First World War vehicles and traction engines accompanied by a full crew in period dress.

At just after 11am the impressive convoy of steam engines and military vehicles started out from Bovington Tank Museum en route to the Steam Fair site at Tarrant Hinton. The convoy passed through the towns and villages of Bere Regis, Winterborne Kingston, Blandford Forum and Pimperne along the way.

Despite the rain hundreds of people came out to see the Parade, waiting all along the route and for over two hours in the streets of Blandford for the convoy to arrive.

After just over an hour’s stopover in Blandford, the Homecoming Parade left for Pimperne and then on to Tarrant Hinton and the site of the Great Dorset Steam Fair. 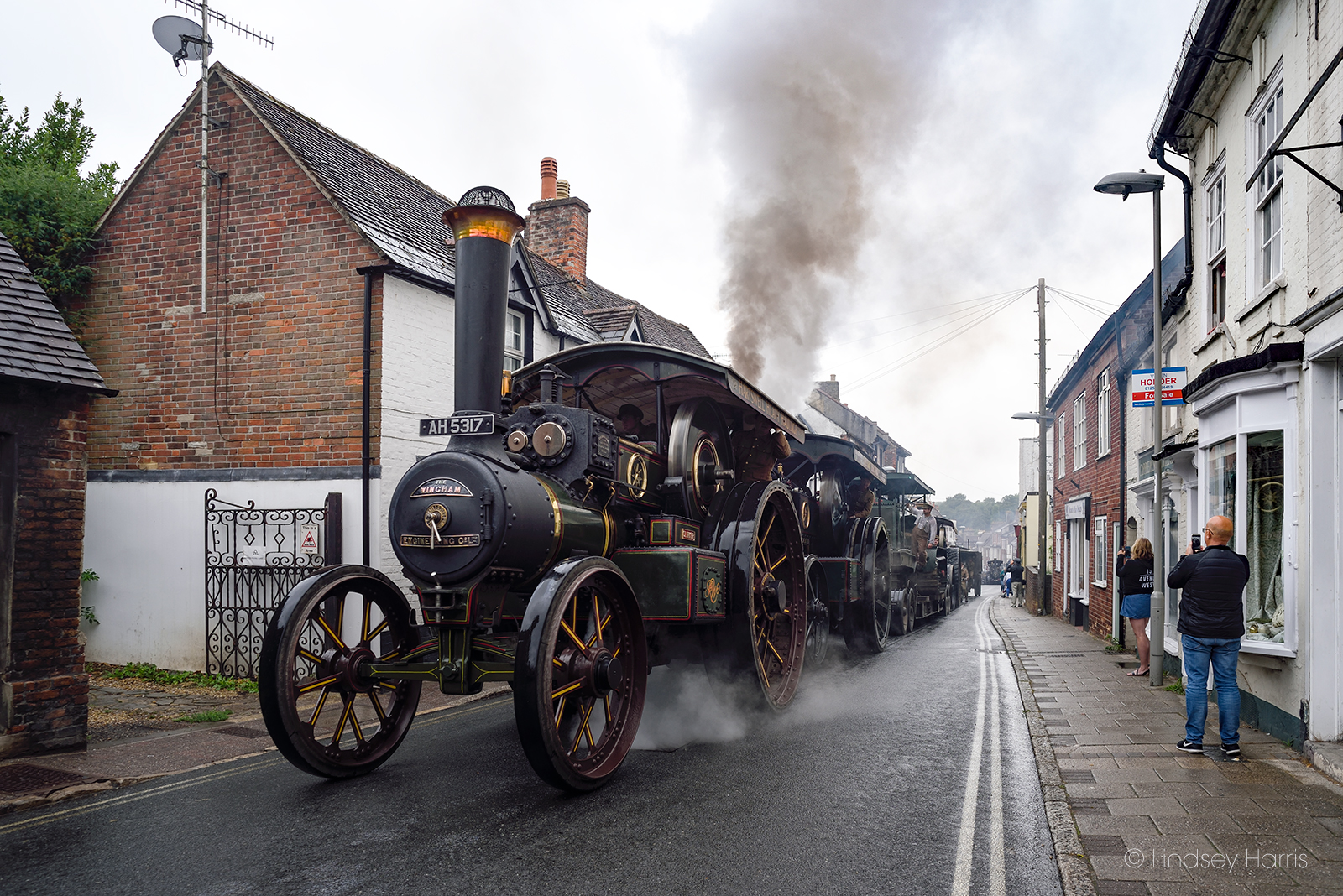 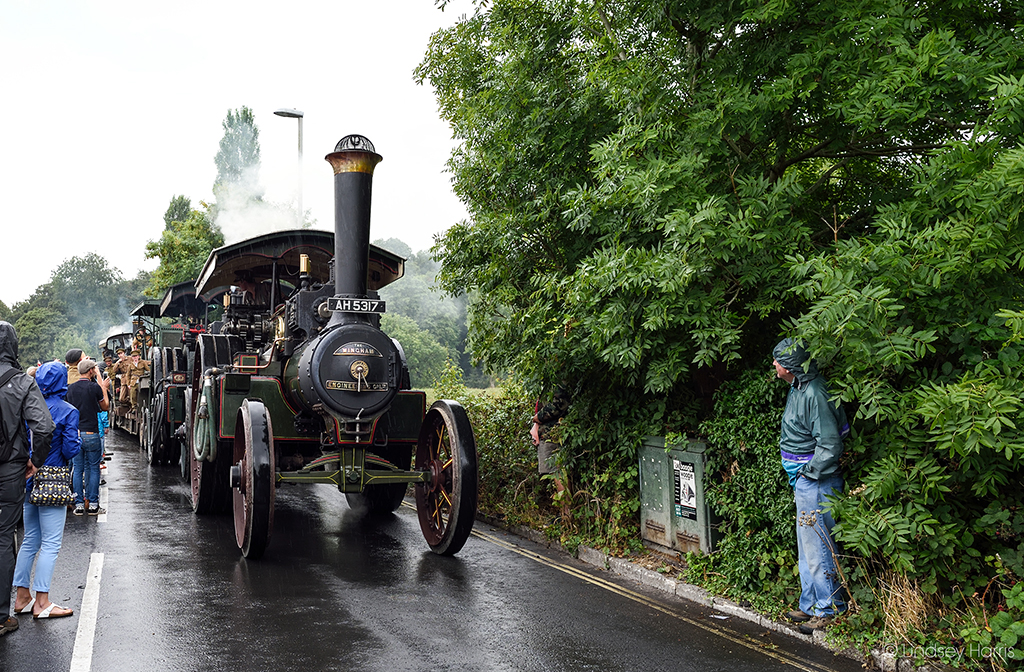 Vehicles and traction engines from the WW1 Homecoming Parade arriving in the rain at Blandford Forum, Dorset. 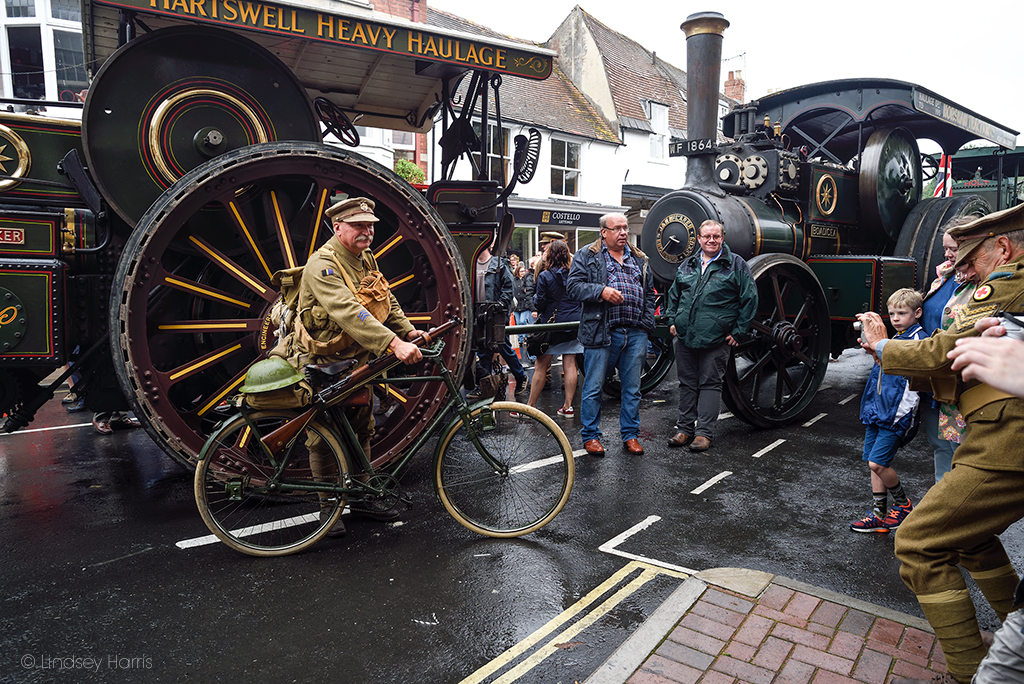 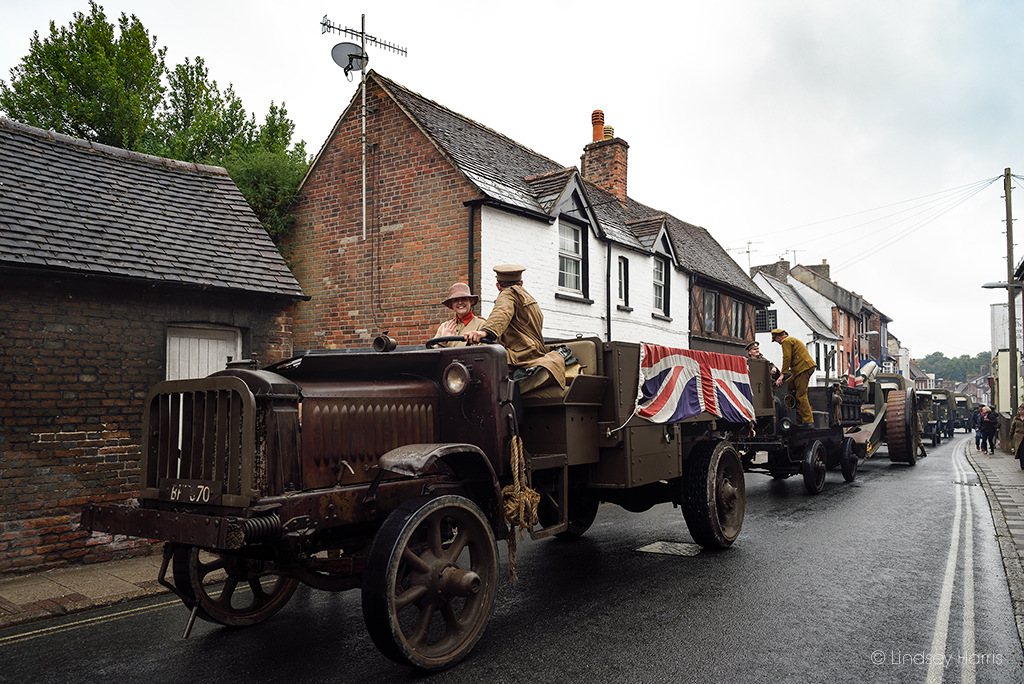 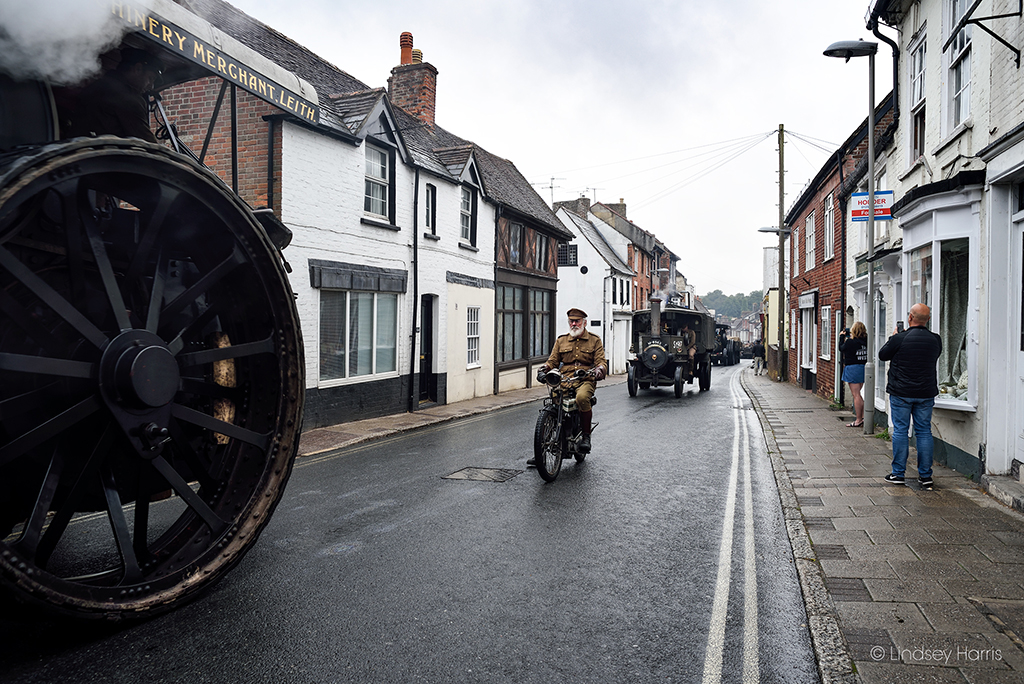