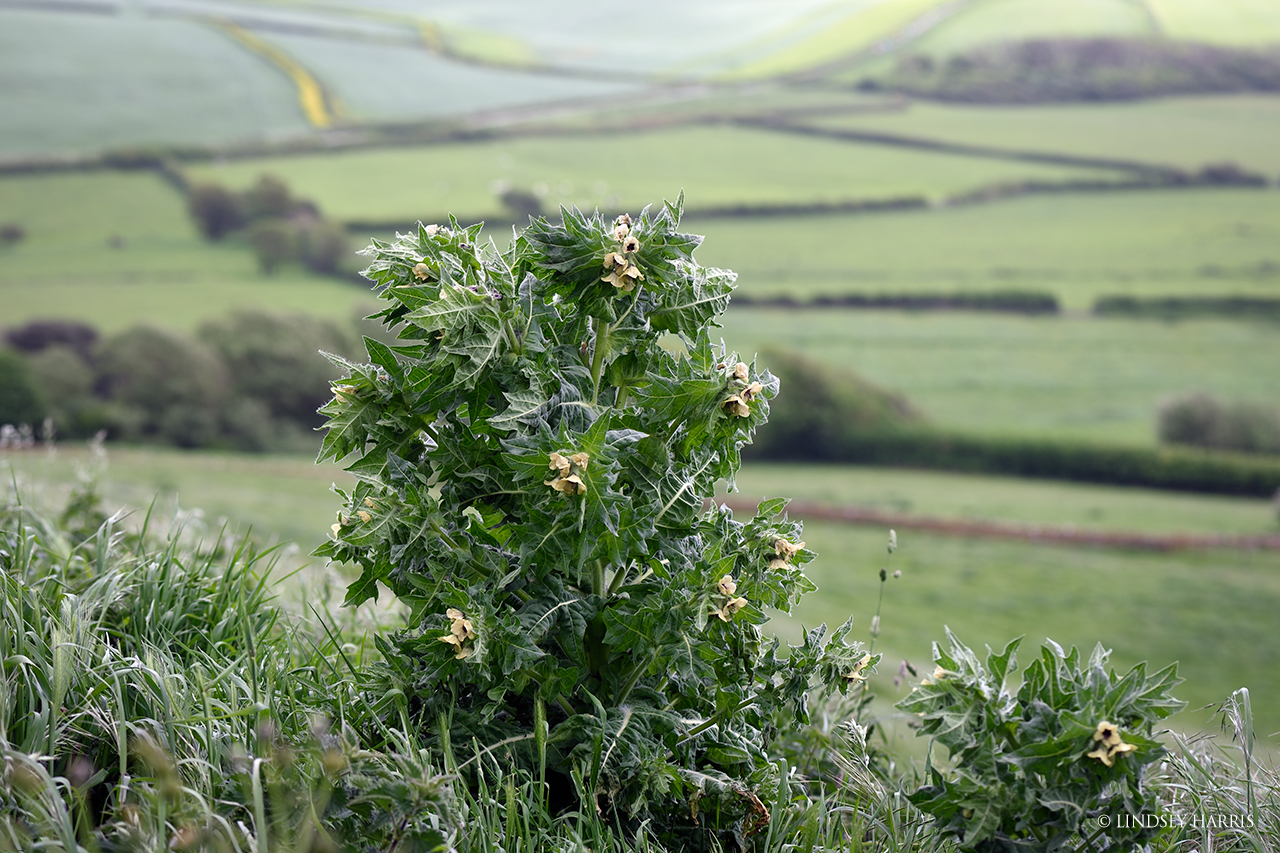 Henbane (Hyoscyamus niger) has got to be one of the weirdest looking plants there is, certainly in this country. Not only that, all parts of the plant are highly toxic to humans and animals, it smells sickly sweet and it usually only flowers biennially (every two years). With its sticky, long-haired leaves that trap unwary insects, once seen henbane is never forgotten.

Nationally, henbane is on the decline and is classified as ‘vulnerable’. Its demise is often attributed to farming methods and the use of herbicide.

There are many historical reports of henbane growing in Dorset, but further investigation usually seems to result in finding nothing at all. If, however, anyone reading this knows differently, do let me know. In other southern counties I’ve found a few tiny, spindly plants, but nothing like the rather magnificent plants in my photos.

The henbane growing in Dorset and shown here is possibly the last stronghold in the county. Four years ago and then two years ago there was a lot of it growing in this same spot on a hillside, but in 2022 there were just three plants. Is it climate change, the weather conditions this year (seedlings require a cold, moist period to grow and flower), or perhaps something else altogether? Since dormant seeds can remain viable for about four years, the answer lies in two years’ time when there will hopefully be a lot more plants again. 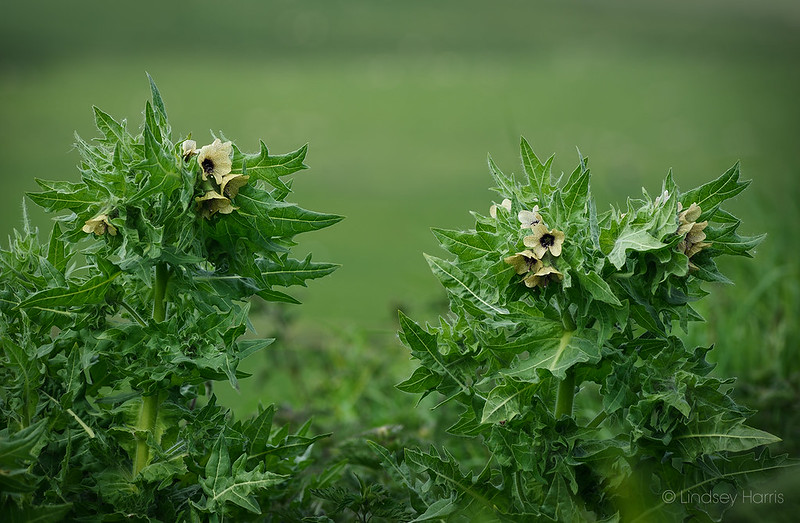 Henbane growing in the same spot in 2018.

END_OF_DOCUMENT_TOKEN_TO_BE_REPLACED 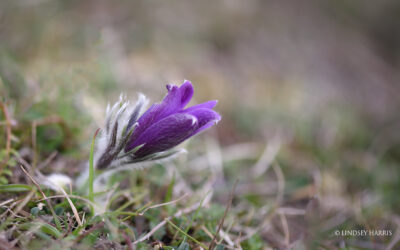