At the weekend I was out and about in Dorset when, by chance, I spotted a field that had a distinctly blue tinge to it. Straight away I recognised the crop as Flax (Linum usitatissimum), also known as common flax or linseed. Now a field of beautiful blue Dorset linseed flowers is something that I’ve been searching for for several years now, but somehow I always seemed to miss.

Having found this rather hidden gem, which couldn’t easily be seen from the road, I spent an hour or so wandering around the perimeter of the field marvelling at the ‘sea’ of blue flowered flax, with the wind making it look just like a crescendo of blue waves. 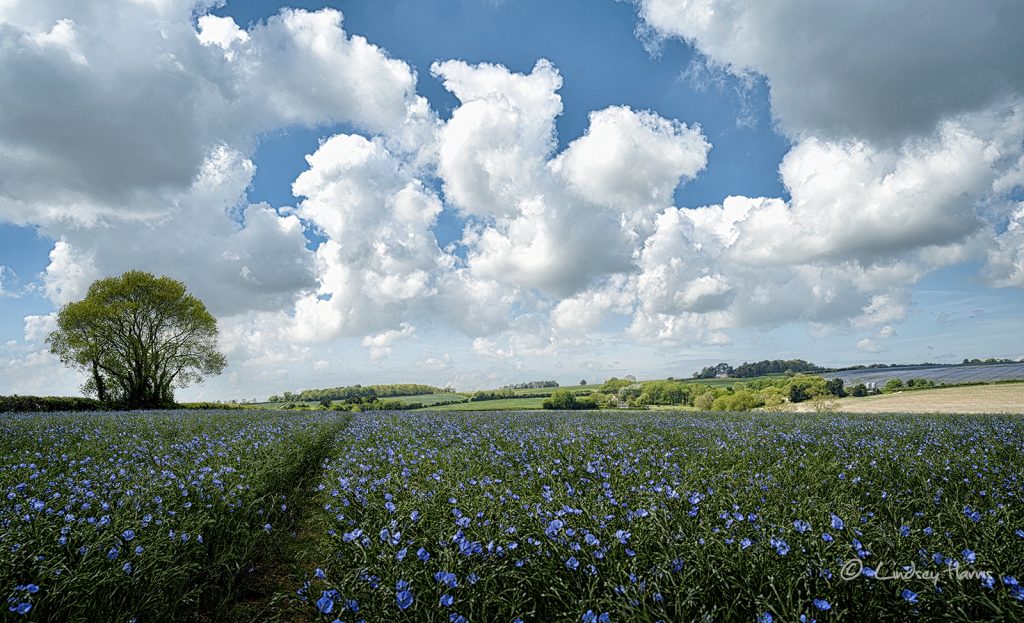 Field of blue flowered flax (common flax or linseed), Dorset. You can see another linseed field in the distance.

The next day and again, completely by chance, I had another amazing find: a field of Red Campion (Silene dioica).  I’d never seen a whole field like this before and only just spotted it as I was driving.

As I was taking my shots a couple turned up and the guy started taking photos of the woman, who was sitting amongst the Campion flowers.

A while later I noticed they kept looking at me as I took my photos. Then the realisation dawned… they wanted me to go.  As I packed my gear away and walked up the hill I looked back. The woman was now topless (at least), posing for more photos. 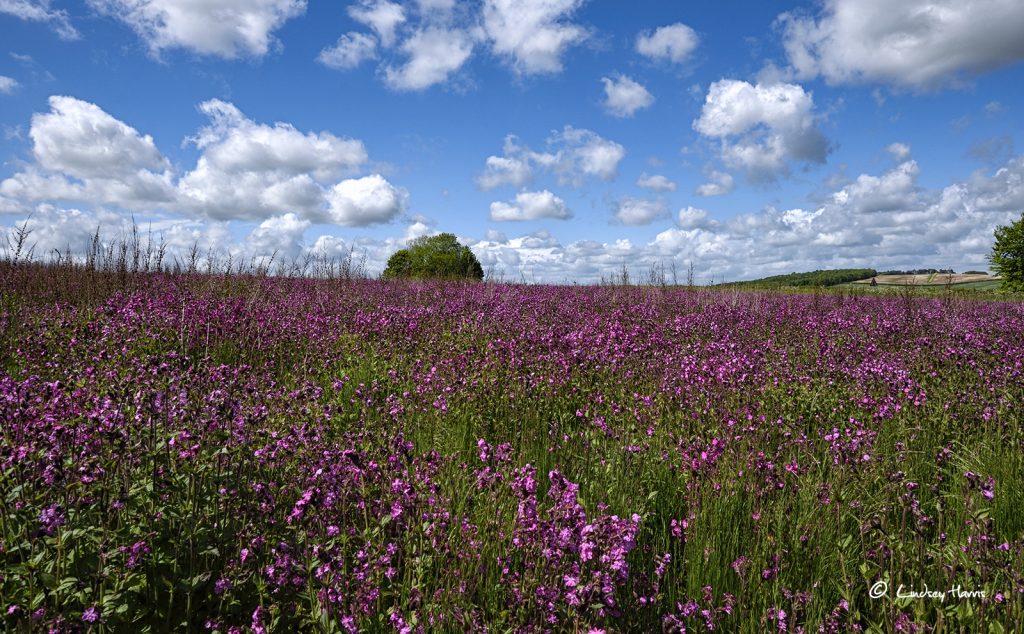