Beautiful colours at sunrise over a field of Dorset pink poppies 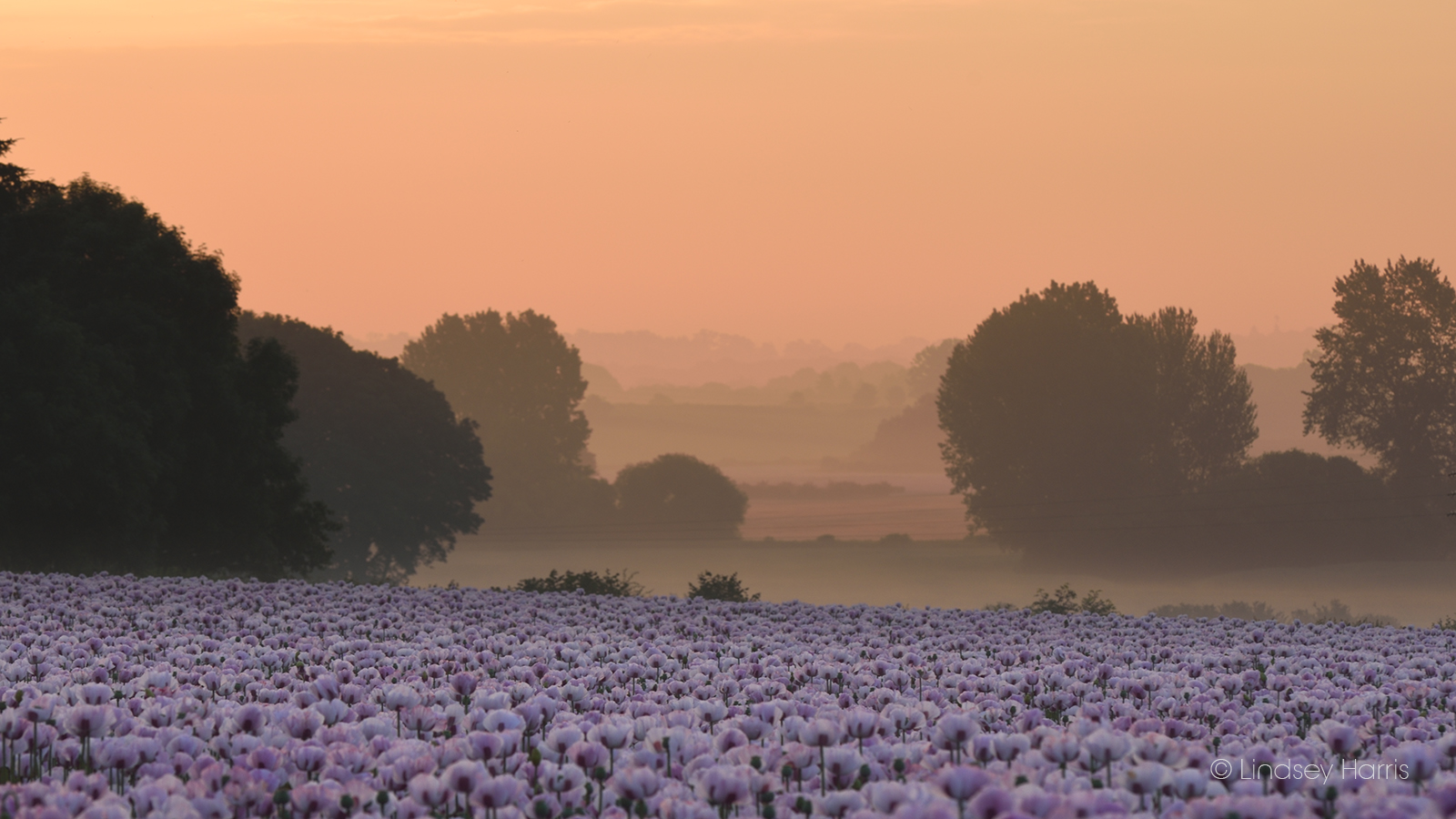