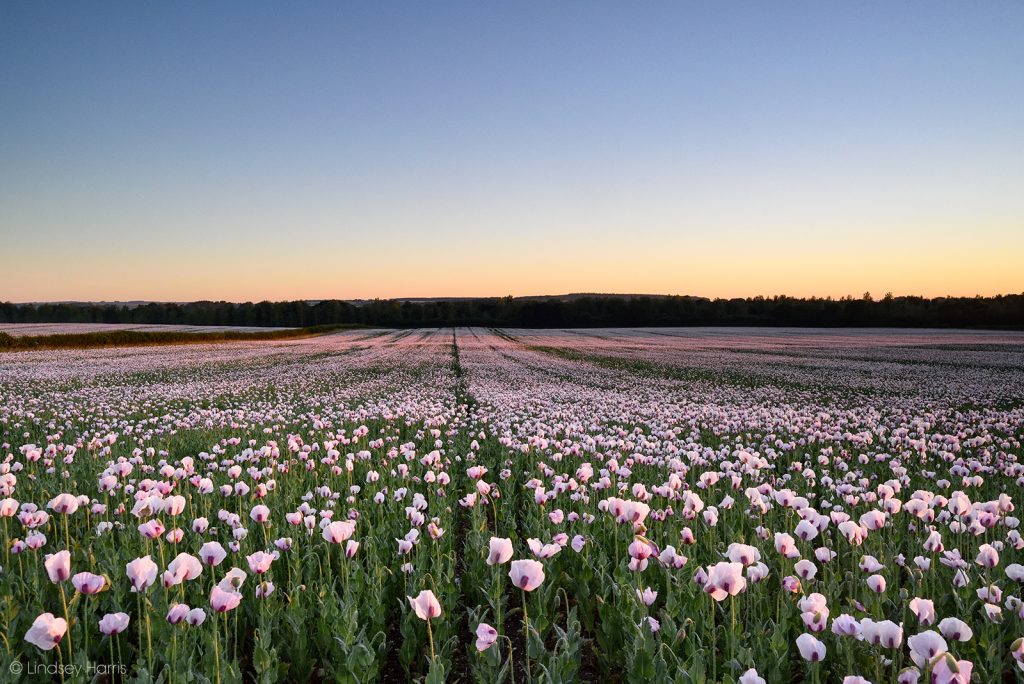 Pale, pink Dorset poppies just after sunrise, 2018. * More poppy photos at the end of this post.

However, since the summer of 2017 there had been quite a bit of speculation, on the web, as to whether Dorset’s opium poppies would return this year. In a nutshell that was because of too much EU ‘red tape’, making it hard for growers to get a license to grow this crop.

As I predicted then, 2017 was the last year of Papaver somniferum in this particular area, but the good news is that in 2018 there are still fields of pink poppies growing in Dorset.

The 2018 poppies look quite similar to opium poppies but are a different variety, grown for their seeds which will be harvested for bread and other foods.

Depending on the time of day (and the direction you take the photo) the colour of the 2018 poppies varied from quite a strong shade of pink to very pale pink, although for most of the day they appeared almost white.

All my poppy photos were either taken at moonset, sunrise or sunset – the best time of day for the light. Different fields also seemed to be a slightly different colour, perhaps different varieties of poppy were planted, not sure.

I find these transient, vast swathes of pink poppies breathtakingly beautiful, especially at first light, and in my opinion they’re more stunning than a red poppy field (and certainly way cooler!).

This year, as I stood and waited patiently for the moon to set, or the sun to either rise over the horizon or disappear, I felt that this was probably the best year of all for Dorset’s pink poppy fields.

These gorgeous Dorset pink poppy fields will soon finish flowering, and photographs will be all that’s left of this mass of beautiful blooms.

Update 29th June: already the poppies in my photos are now over, the petals are dropping and the fields are looking very threadbare. 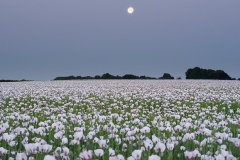 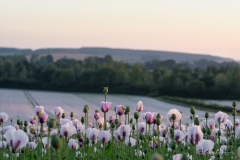 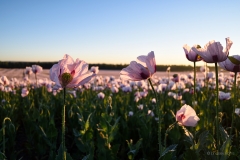 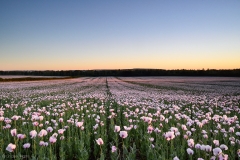 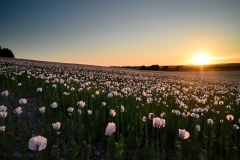 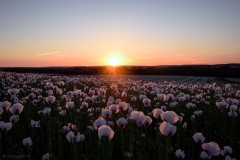 Questions I’ve been asked about pink and red poppy fields

Q: “Which field are these poppies in?” [asked a year after my photos were taken].
A: Poppy fields don’t appear in the same location each year. That goes for pink poppies, as well as red poppies.  Pink poppies are usually grown under licence and, due to crop rotation, are grown in a different location each year.

Red poppies only germinate when the land has been disturbed, so you’re unlikely to see them in the same place the following year, and probably not the one after that either. Seeds can lie dormant for years, just waiting for the right conditions to grow.

Q: “Why won’t you tell me the location of the poppy fields in your photos?”
A: Some of my reasons are set out below, and it’s not that I’m just being mean!

For all of the above reasons (and more) I don’t reveal my locations. In other words, please don’t ask me to tell you where the poppies are, since refusal often offends!