I spotted this gorgeous sea of red poppies tucked away in a Berkshire valley, accessible only on foot. In fact I’d given up on finding any red poppies this year, and it was quite by chance that I saw these.

From afar they looked like a sea of blood cascading down the hillside – the most amazing site. Obviously I had to get a closer view. 🙂 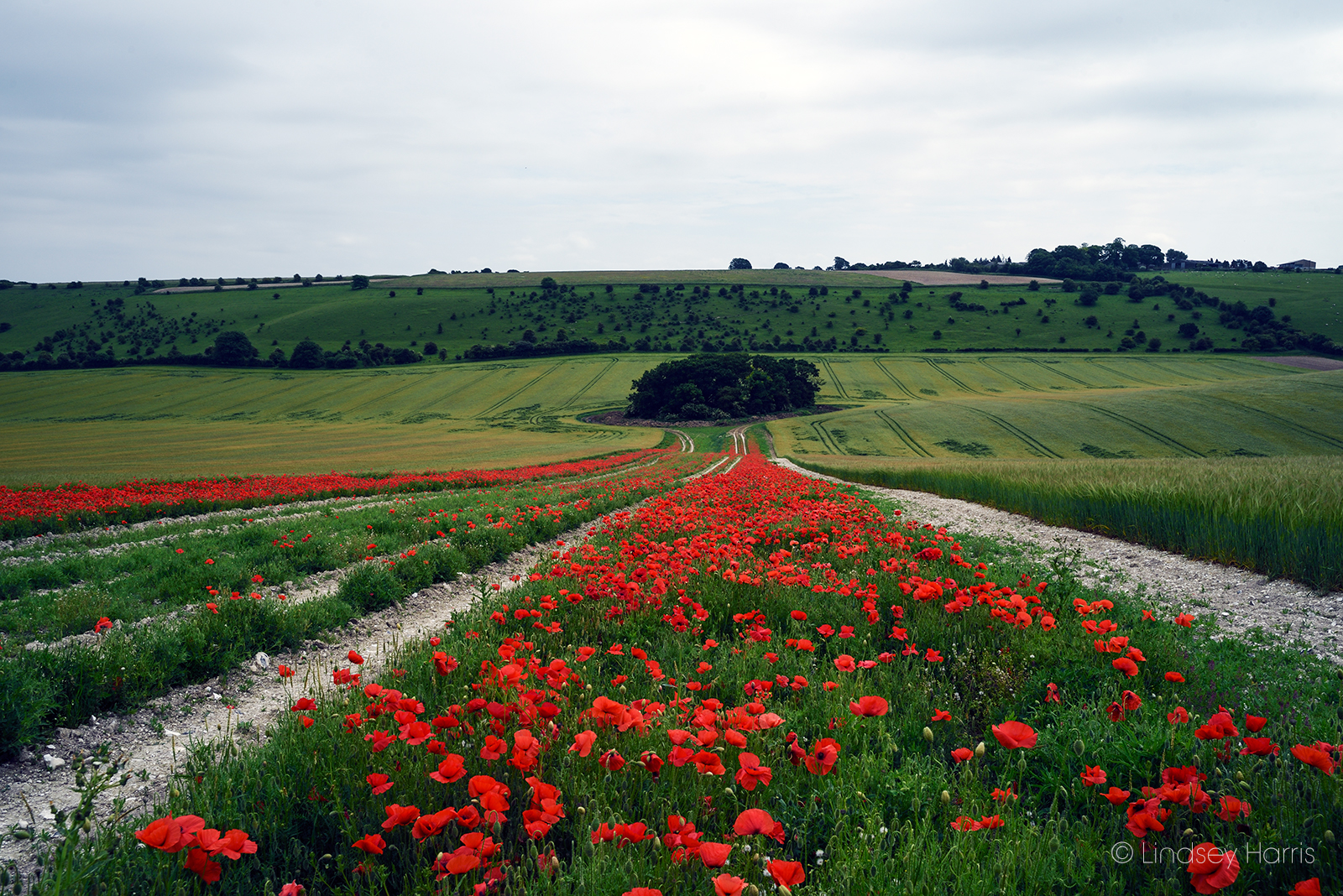 Q: “Where are the red poppy fields?”
A: Poppy fields don’t appear in the same location each year. The same is true of Dorset’s pink poppies, which are subject to crop rotation.

Red poppies (papaver rhoeas) are actually an agricultural weed. Also knows as corn poppies, or field poppies, they flower from June to August.

Due to modern and intensive agricultural methods, red poppy fields are no longer such a common site. There are two reasons for this:-

1) Cereal seed is cleaned more efficiently prior to sowing, meaning that poppy seeds are eliminated.
2) Farmers use powerful herbicides used to increase crop yields, meaning that the fields are often weed free (and thus poppy free).

Despite the above, red poppies are still commonly seen on disturbed ground (from old seed) and along roadside verges and the edges of fields.

Q: “Why won’t you tell me where the red poppy field is? I only want a few photos”.

A: Firstly I spend a long time researching locations, so why would I just hand the info over to anyone who asks? If I do, it means my photos aren’t special any more, as everyone else will go there. If I’ve put the time in to finding them, so can you!

Secondly, I don’t know what someone’s motive is. Will they take models, dogs, children etc there? Crops frequently get trampled on in the desire to get ‘the perfect photo’. In other words, the thoughtlessness of the few ruins it for the rest of us. Then someone puts the location on social media and a red poppy ‘frenzy’ quickly ensues… I’ve seen it so many times before.

Thirdly, locations are usually on private land, which can involve liaison with owners/tenant farmers if you can’t take photographs from outside the field. Remember that red poppies are still crops and thus someone’s livelihood.

For all the reasons, above, it’s better to tell no-one.