#BigKahunaSpotted – Richard Branson ‘monster’ on the beach at Bournemouth, Dorset 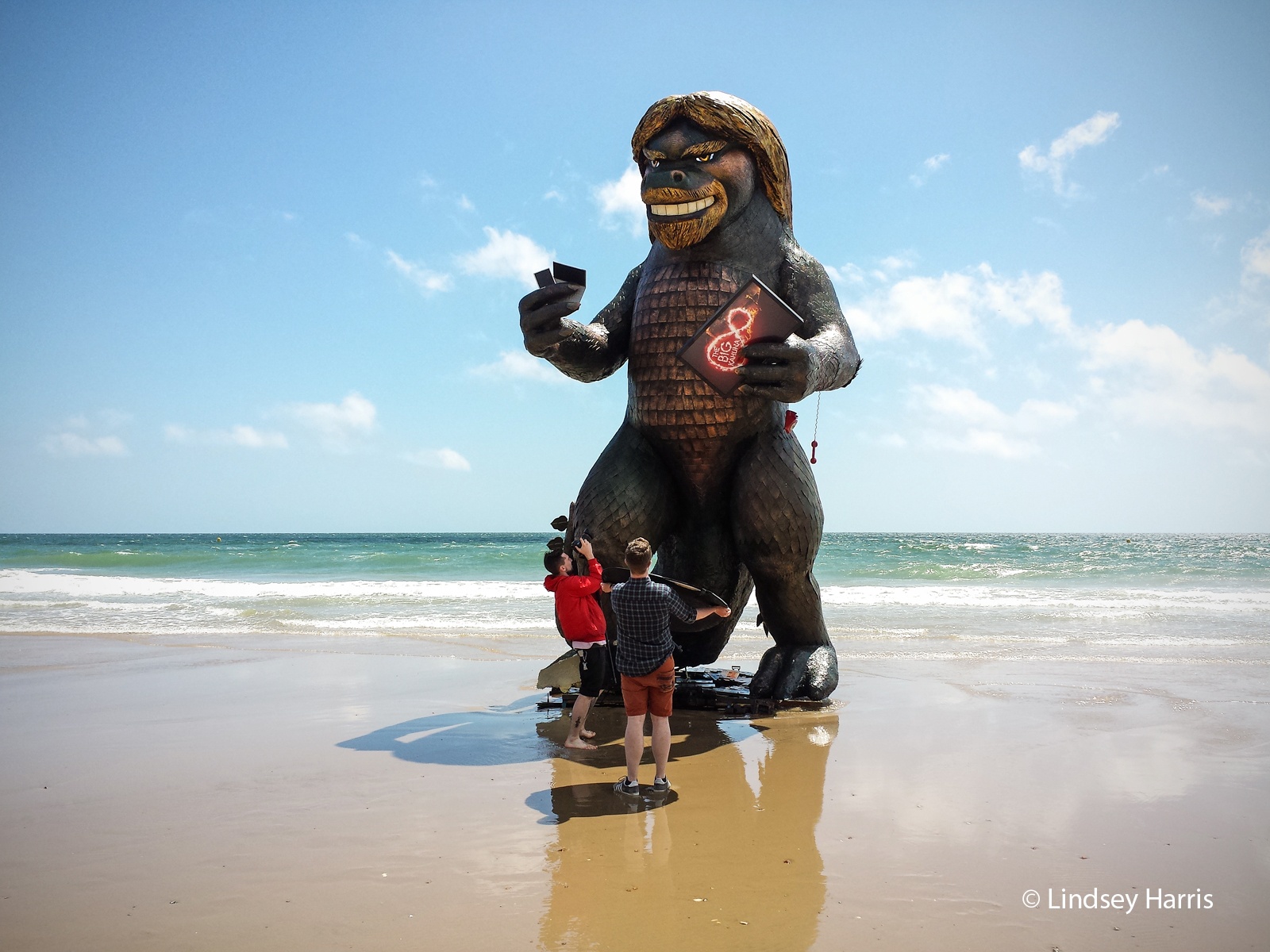 A Godzilla-like statue, with the beard and hair of Richard Branson, emerged from the sea to the east of Bournemouth Pier, Dorset, UK, this morning.

The eight metre tall (25ft) figure was erected overnight as part of a Virgin Media PR stunt to promote its new Big Kahuna quad-play bundle, which offers TV, broadband, landline phone and mobile as part of a value package.

It took a team of sculptors took more than 500 hours to design and produce ‘Bransonzilla’, which weighs over six tonnes. The creature is holding a TV, laptop, landline ‘phone and mobile.

‘Bransonzilla’ disappeared at midnight on the same day, 10th June 2014.