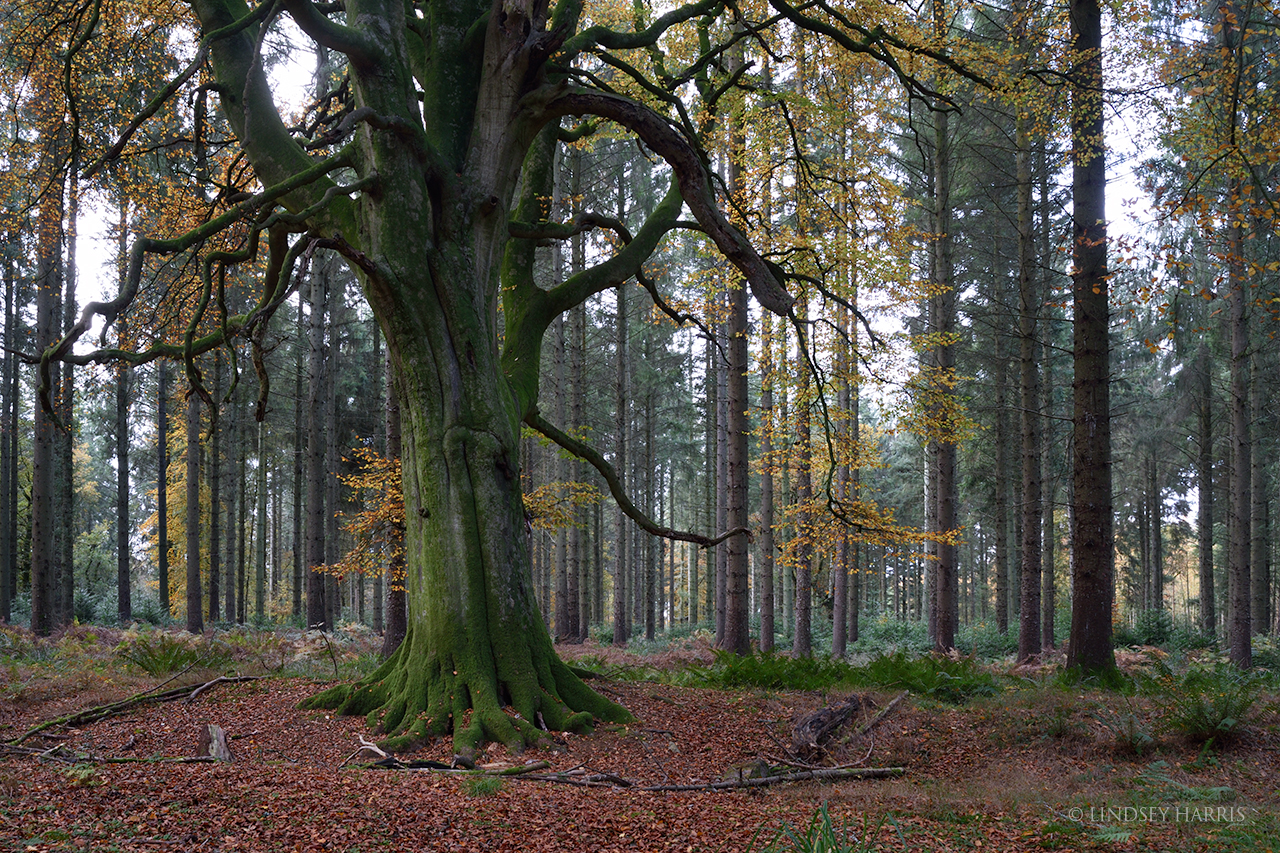 Hidden away in Grovely Wood, Wiltshire, are three very old, large and gnarled beech trees, covered in an abundance of green moss. Known as the ‘Handsel sister trees’, or the ‘witches’ trees’, these have become part of folklore.

Who were the Handsel sisters?

Legend has it that the Handsels were four sisters of Danish origin, who moved to the Wilton area sometime around 1737. Not long after, there was an outbreak of smallpox, when 132 people died.

Convinced that the sisters were responsible, the locals accused them of witchcraft and an alliance with the devil. Without an official trial, they were marched to Grovely Wood, where they were bludgeoned to death.

Each sister was buried some way apart from the other, done so they wouldn’t be able to conspire against their murderers (because, of course, they were witches!). 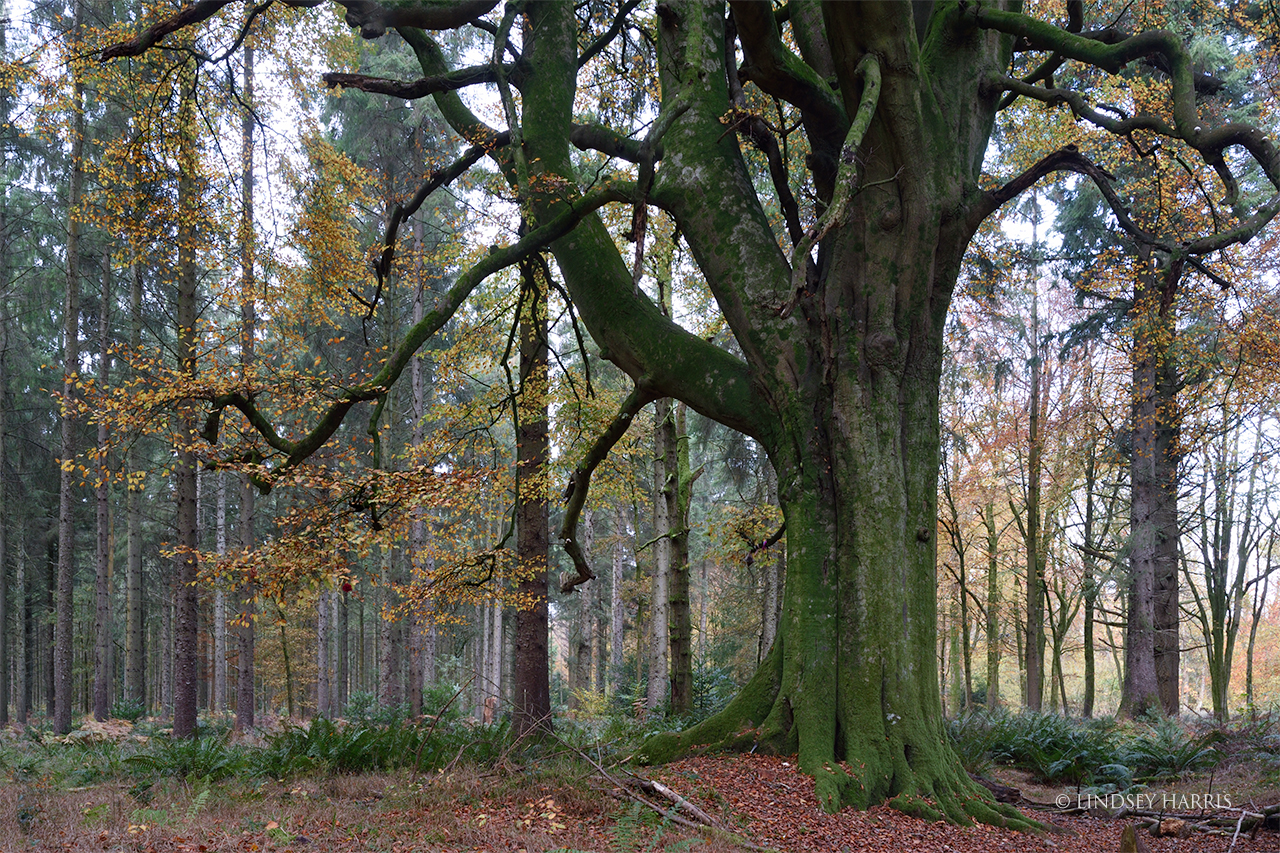 What is the significance of the witch trees?

It’s said that the beech trees were either planted there to mark the Handsel sisters’ graves, or that they mysteriously appeared of their own accord, acting as a macabre reminder to the villagers of what they’d done.

There are now only three Handsel sister trees left; one fell down some years ago, apparently in stormy weather. 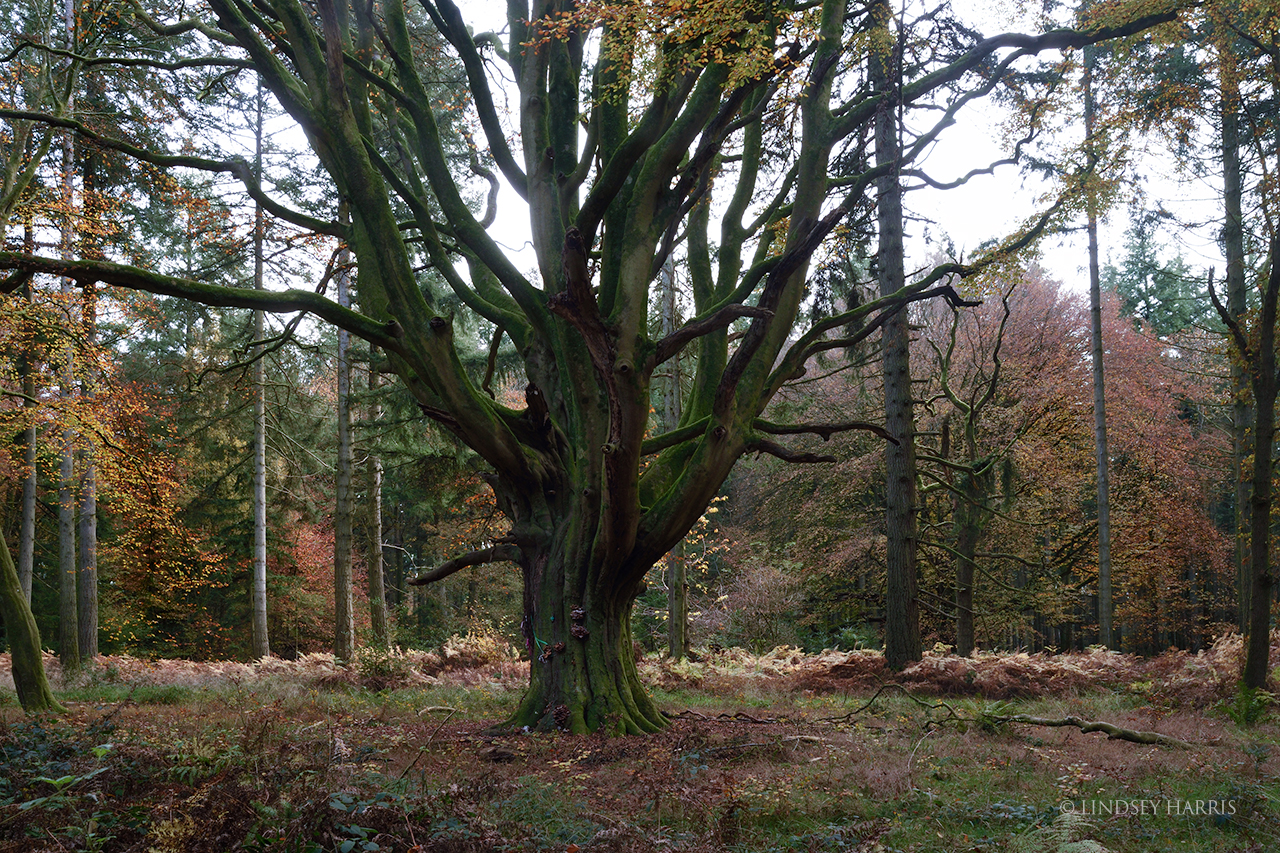 At the back of the largest Handsel Sister tree (photo below) there is a hollow where people leave ‘offerings’ and hang trinkets, ribbons and pentagrams from its branches. There are sometimes a few items hanging from the other two trees too, but this one is the main focus of attention. 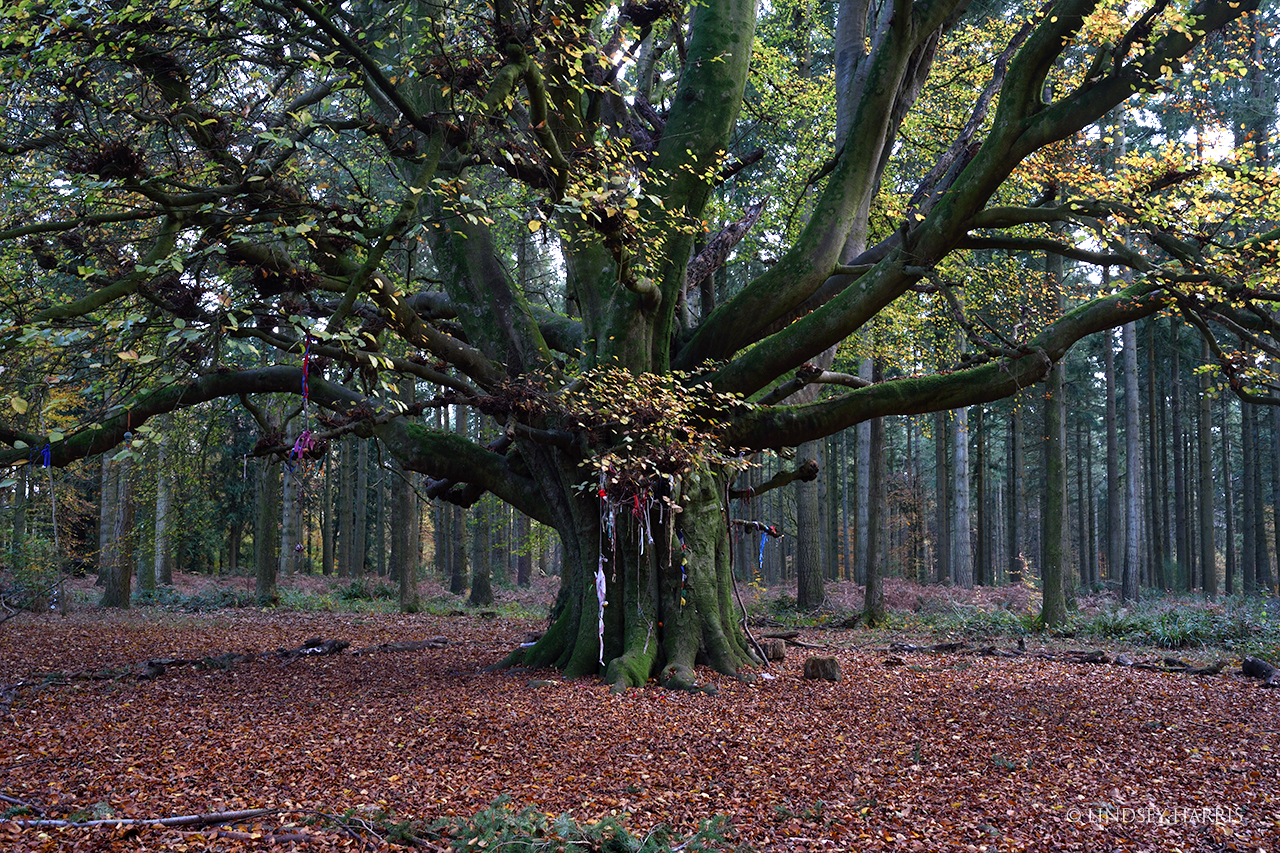 Tree number 3, with trinkets and offerings hanging from it.

Where are the witches’ trees?

There is a marker on some maps that appears to show where the trees are, but it’s not actually their location. I think the marker just refers to an area of Grovely Wood that is named ‘Four Sisters.’

In fact, the Handsel trees can be quite hard to find, even though they’re not that far from the main path. Luckily, though, someone has created circles of twigs around each one, so you’ll definitely recognise them.

I won’t say exactly where they are, as with a bit of digging around on the internet you’ll easily find out. Also, half the fun is finding them for yourself!

Some of the items that hang from tree number three… 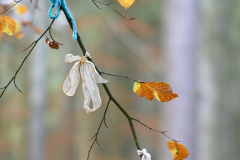 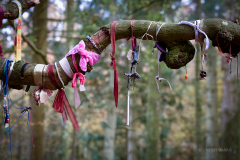 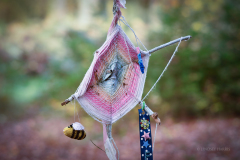 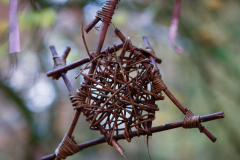 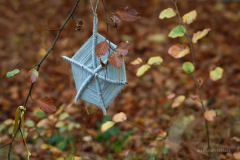 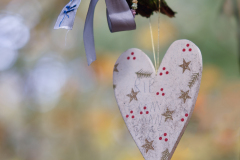