Protest against closure of public lavatories in Poole 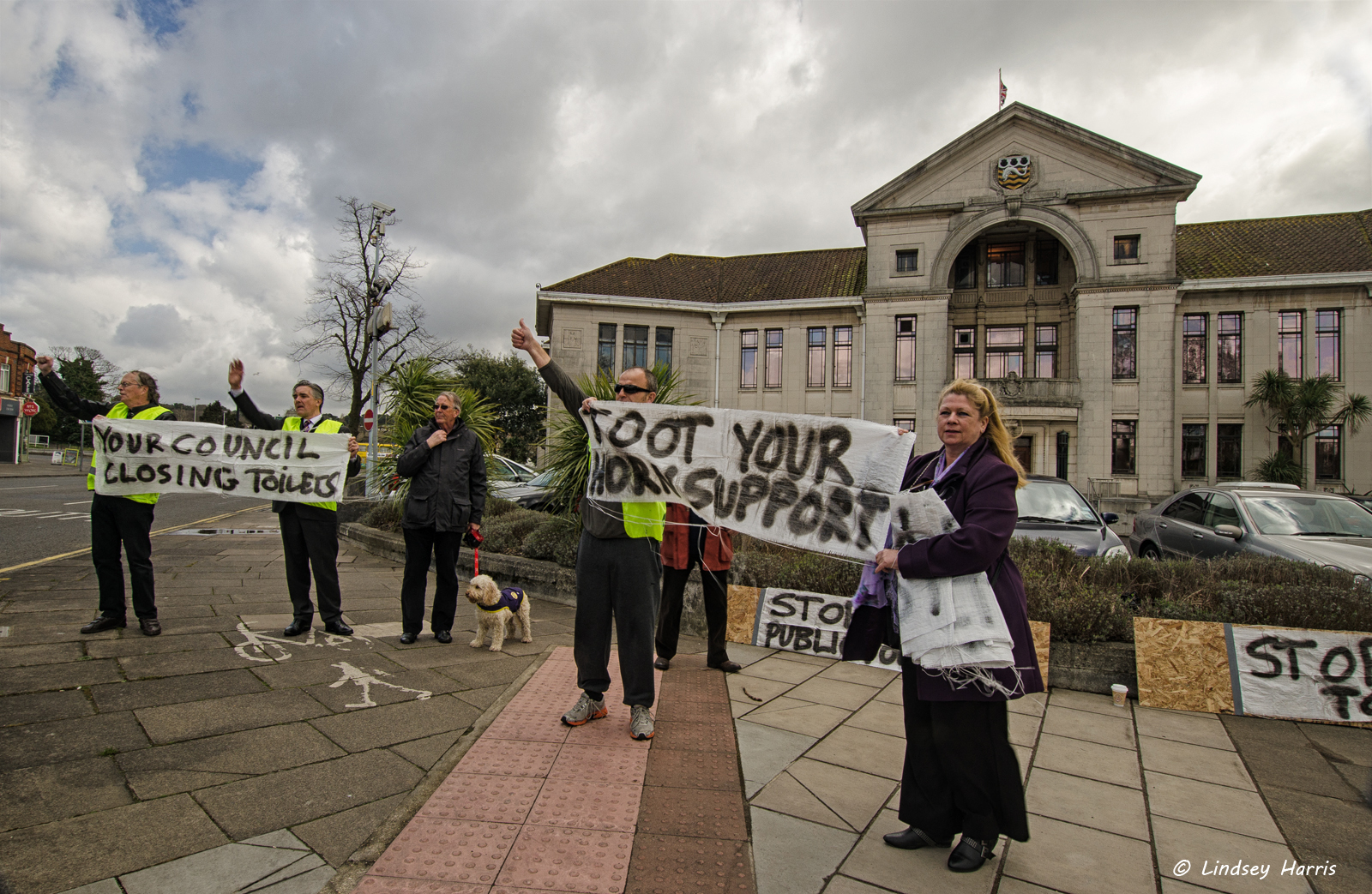 Numerous motorists showed their support by hooting their vehicle’s horn. 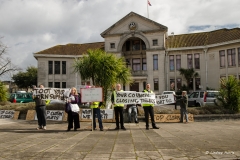 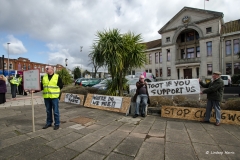 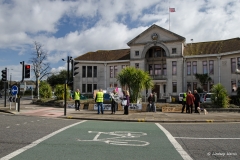 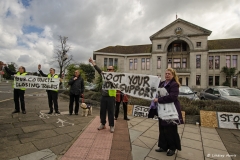 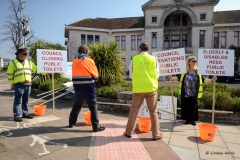 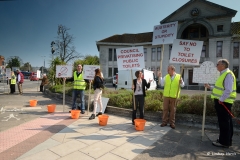 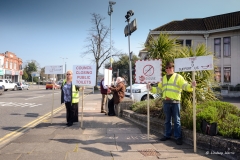 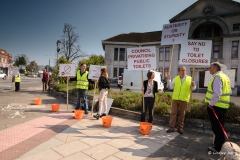 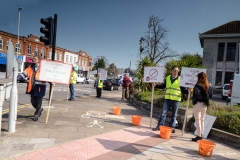 Click on the above photos to see larger versions.

On March 26th and April 8th, 2015, I attended a peaceful protest outside the Civic Centre, in Poole, against the Council’s proposed closure of some of the public conveniences in the area. In the hour and a half plus we were there, hundreds of motorists showed their support by hooting their vehicles’ horns.

The public loos in Jubilee Road, Parkstone have just been demolished (March 2015); other proposed closures include the lavatories at Hamworthy, Broadstone and Canford Heath on the basis that Poole Council cannot afford to maintain them.

“Many of our public toilet buildings are ageing and in poor condition. The cost of carrying out refurbishment works to all public toilets over the next 10 years has been estimated at £1.3 million.”

Meanwhile, a request under FOI revealed that the Council has just spent a total of £99,317.17 + VAT (so nearly £120,000) for the refurbishment of their own lavatories in the Council Offices.

The Council proposes to replace the closed public toilets with a ‘Community Toilet Scheme’, where businesses allow the public to use their lavatories instead. A ‘use our loo’ sticker will be placed in their window, meaning people can use the facilities in those premises free of charge.