The Coca-Cola Lorry Comes to Bournemouth

Today, on a smoggy, rainy evening, I went to have a look at the Coca-Cola lorry, which was parked near to Bournemouth Pier.

Despite the weather, queues stretched for quite a way – people waiting to have their photos taken in front of the lorry. There was even a snow-making machine, pumping out snow from the lorry, giving the area quite a wintry feel. 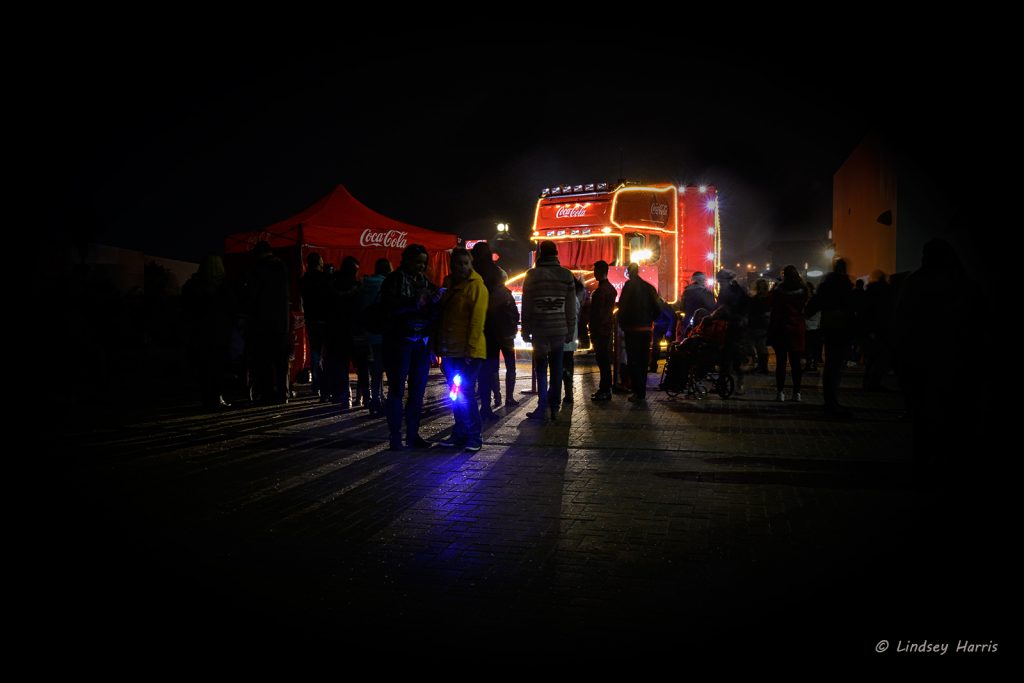 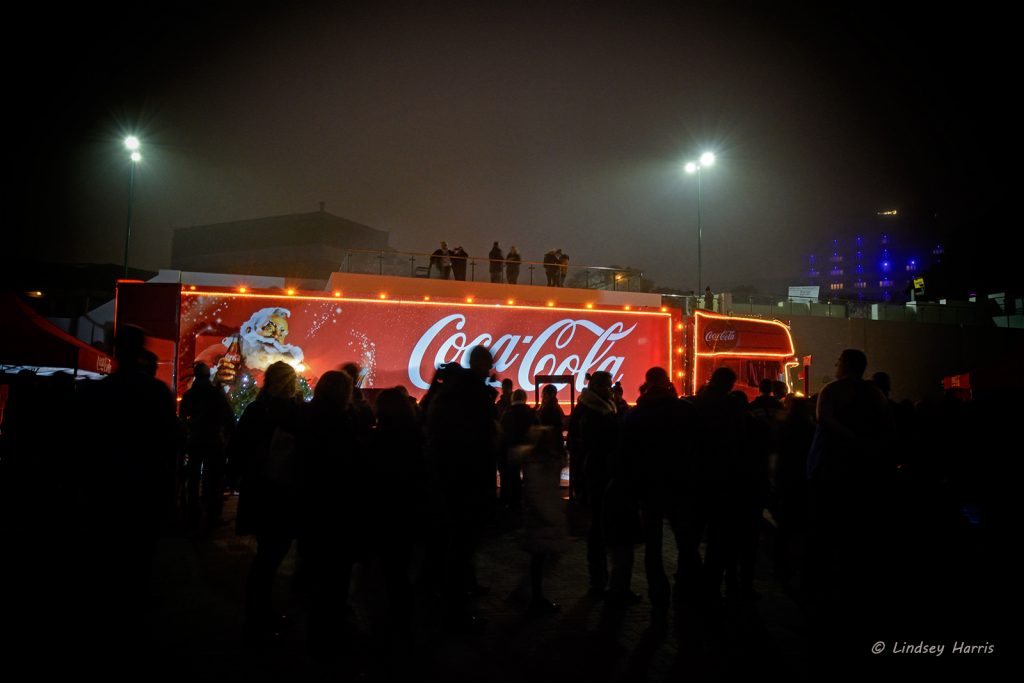 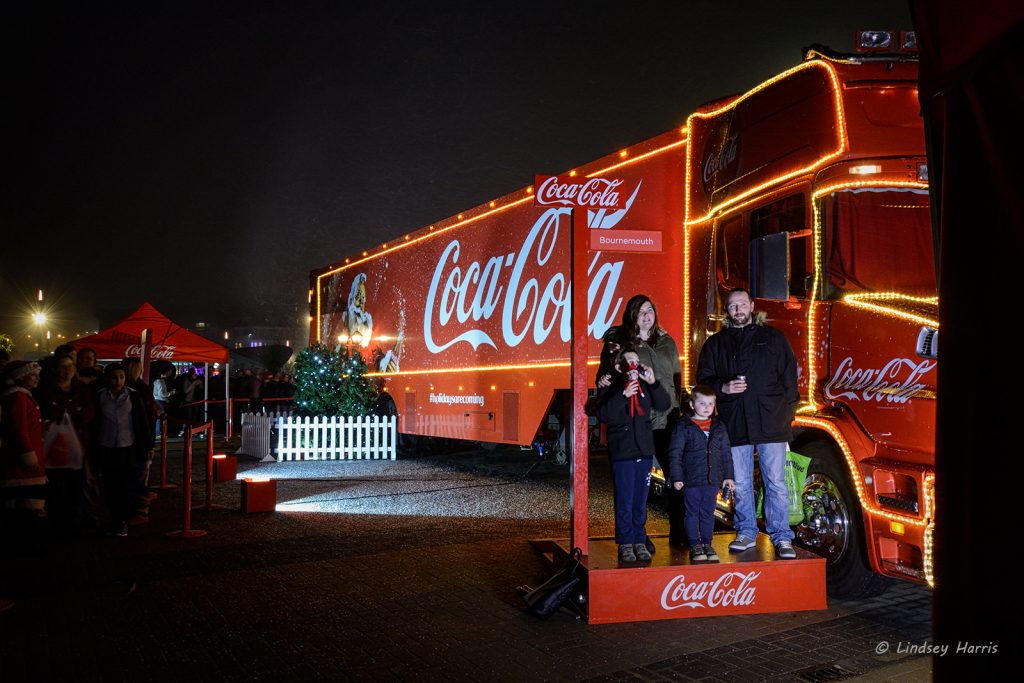