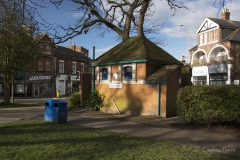 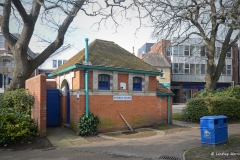 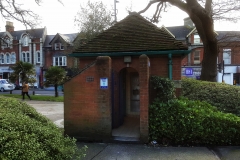 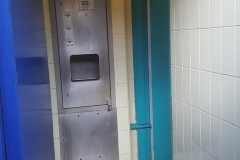 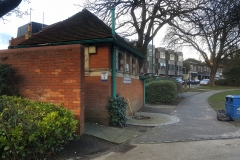 Although not technically a business, of course, these Victorian public lavatories are included because they are maintained by Poole Borough Council. Anyway, it seemed mean to leave them out of the Lower Parkstone Photo Project, as they’re certainly worthy of a photograph!

The lavatories can be found on the corner of The Green (formerly Parkstone Park), at Ashley Cross.

At a meeting on 10th January 2017, Poole Borough Council voted to close the lavatories at Parkstone Park, along with around seven other public facilities in the Poole area, and the doors were locked for good in November 2017.

In April 2021, due to public outcry they were re-opened, having been refurbished by the council during the third lockdown.

Opening hours for most public lavatories in the borough (according to the council’s website):