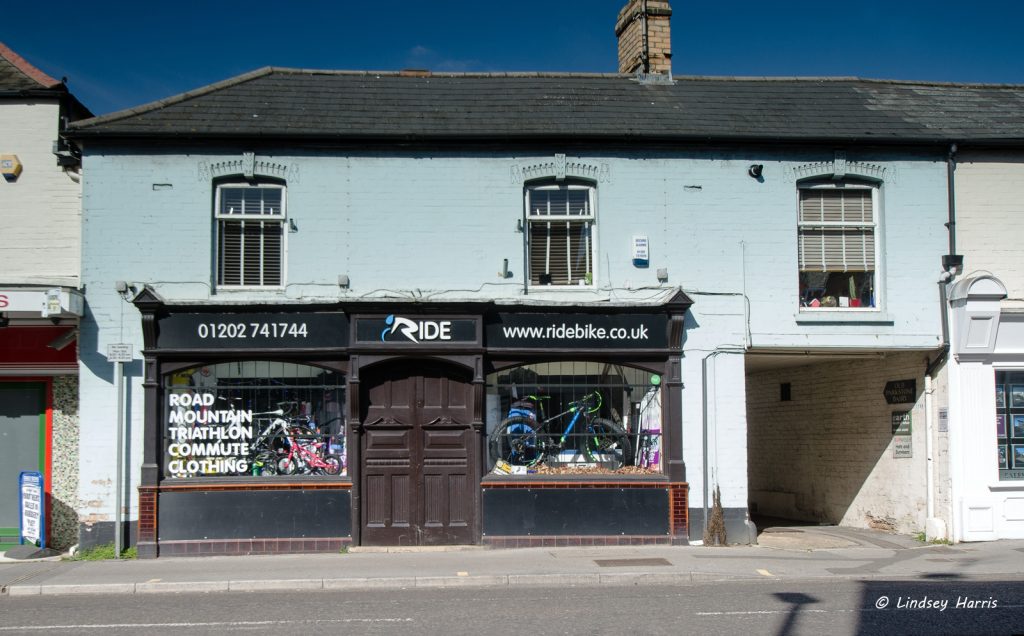 ‘Ride’, a mountain and road bicyle shop, was in Commercial Road, Lower Parkstone and was owned and managed by Richard Hilton-Foster.

In 2006 it was ‘re-born’ as Ride. Ride also sold cycle accessories and clothing.

On 1st April 2015, for one day the exterior transformed into ‘Rude’, an Adults Only sex shop. See the photos of Rude here.

(The shop subsequently became On The Green Interiors and is now (January 2021) WN Interiors & WN Store).