Late last night I had a trip out to Knowlton Church to see if I could see the Aurora Borealis (away from light pollution).  According to the national press, the Northern Lights ‘might be visible from anywhere in the country’, even the south. I was sceptical, but decided to have a look anyway.

Although there were stars galore (and a shooting star… just for me!), I couldn’t seen anything else. Added to that, the inky blackness of the night made Knowlton Church more than a bit creepy and so I left without taking any photos.

I landed up at Poole Quay and wandered around amongst a few pub stragglers. It was very foggy but tranquil, and the water was like glass – not a ripple in sight.  Here’s a shot of the fog at Poole Quay taken just after midnight. 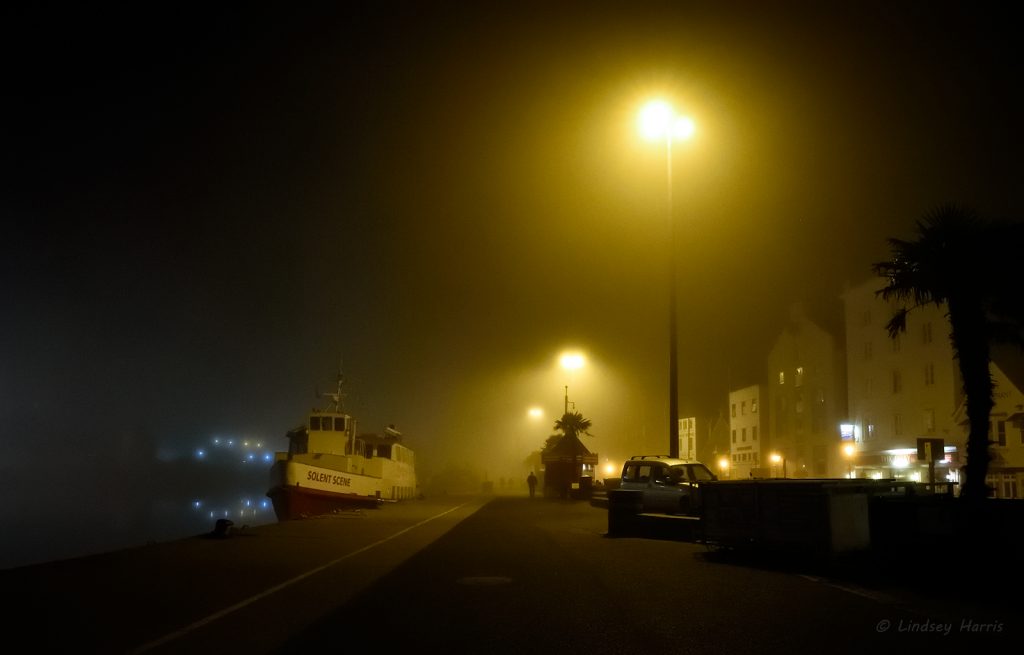